Mike Taylor Grinding up a rail.

Well, we are on the final leg of the trip and we ended up in Portsmouth. After a night of playing pool against Nottingham’s finest ladies, we woke up to the raindrops as seen in the photo. Which leaves me time to bring you this update of our trip. As you know it is raining, but you don’t know is we are right across the street from the Law Court tranny walls. Damn! Oh well, there is a chance that it will stop raining by 1pm. Either way we have a back up plan which involves riding in tunnels or under a bridge.

Yesterday we spent the day riding the two spots shown here. I’d show you more photos, but I left the cord for my camera at the previous hotel. The photo to the right is just a small fraction of what is at this building. We only rode this part of the spot because here we wouldn’t get kicked out so quick. What made this spot even better was eating at the Whole Foods supermarket which made Aaron feel like he was at home.

Next, this photo is of Mike Taylor grinding up a rail at this estate somewhere near the other spot. I have no idea where it is because London is really overwhelming. Either way Mike had to be really creative just to get the speed for this rail. I rode down a bunch of corners and Ian did one of the funniest cruising lines ever. It wasn’t really a cruising line per say because it was actually scary. More updates later and see more photos over at Ride UK. 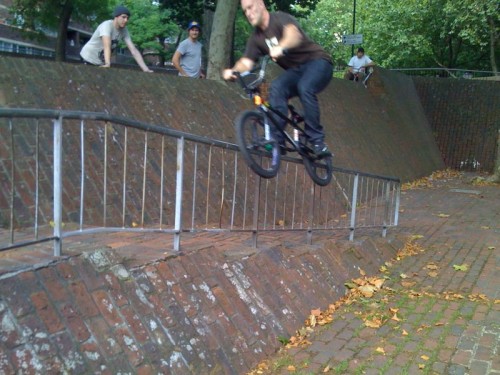 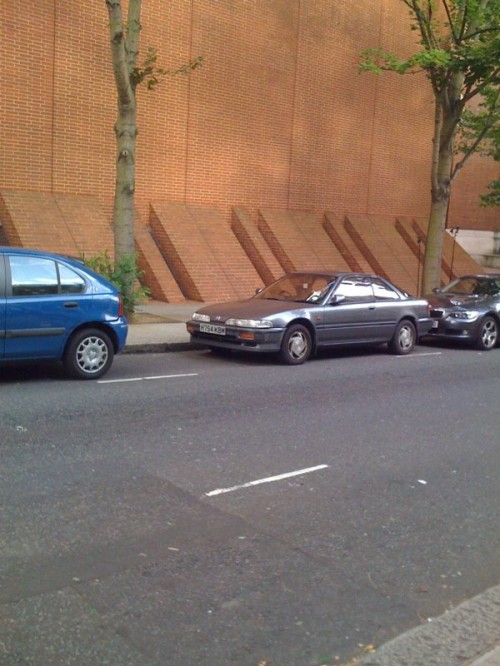 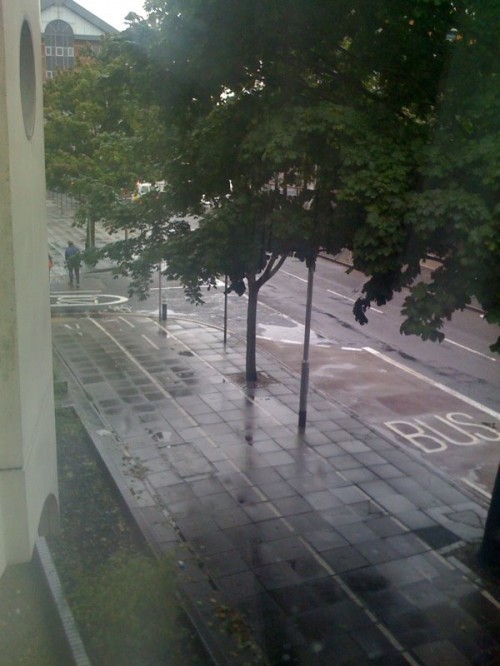