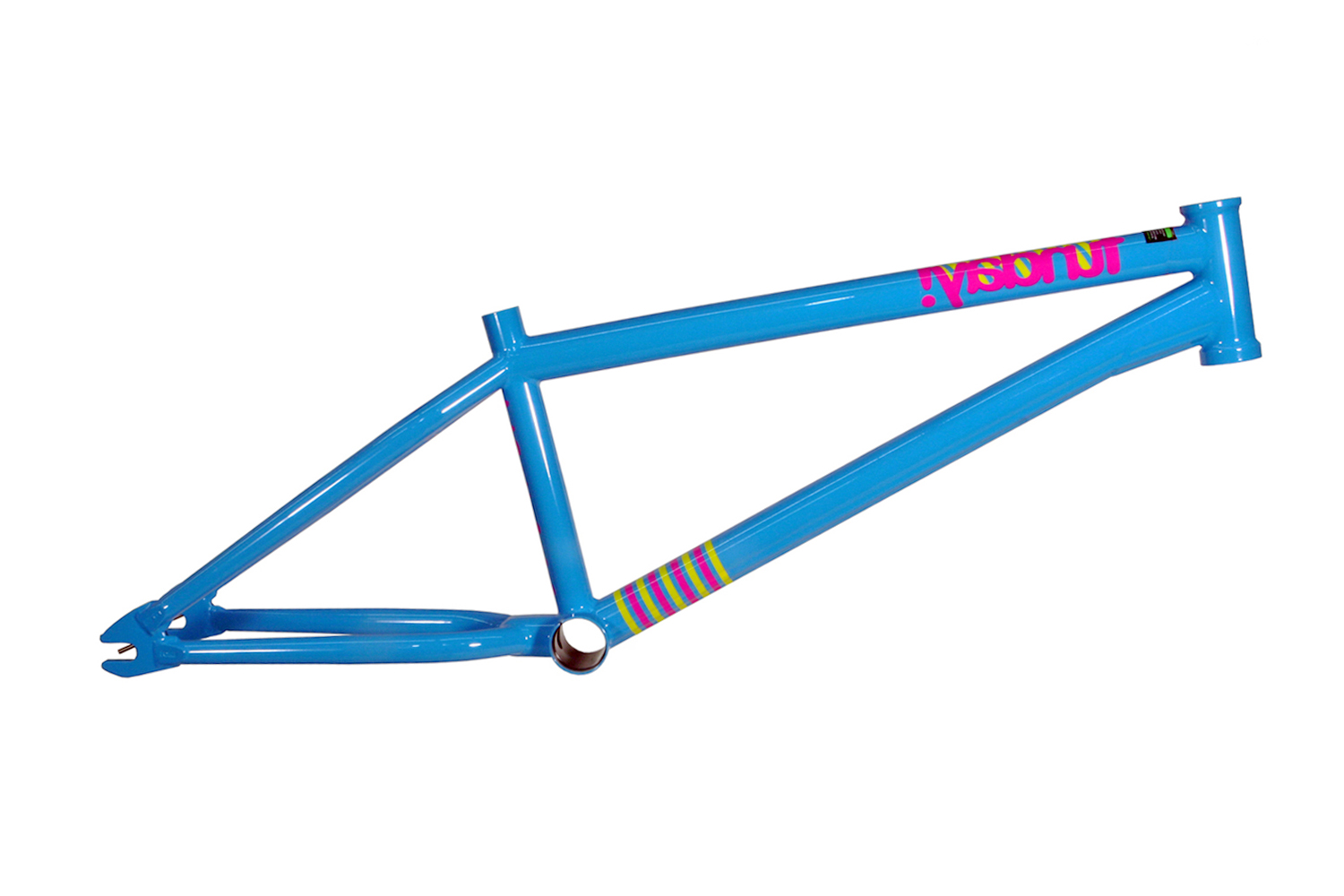 Aaron Ross joined Sunday the year before, but his legendary Funday frame released in 2009. Sunday will forever be a different company as a result. We started as a brand into colors, but having Aaron’s frame put it in overdrive. The Funday offered very different geometry compared to the Second Wave. Ocean Blue was the first version of his frame that was released. 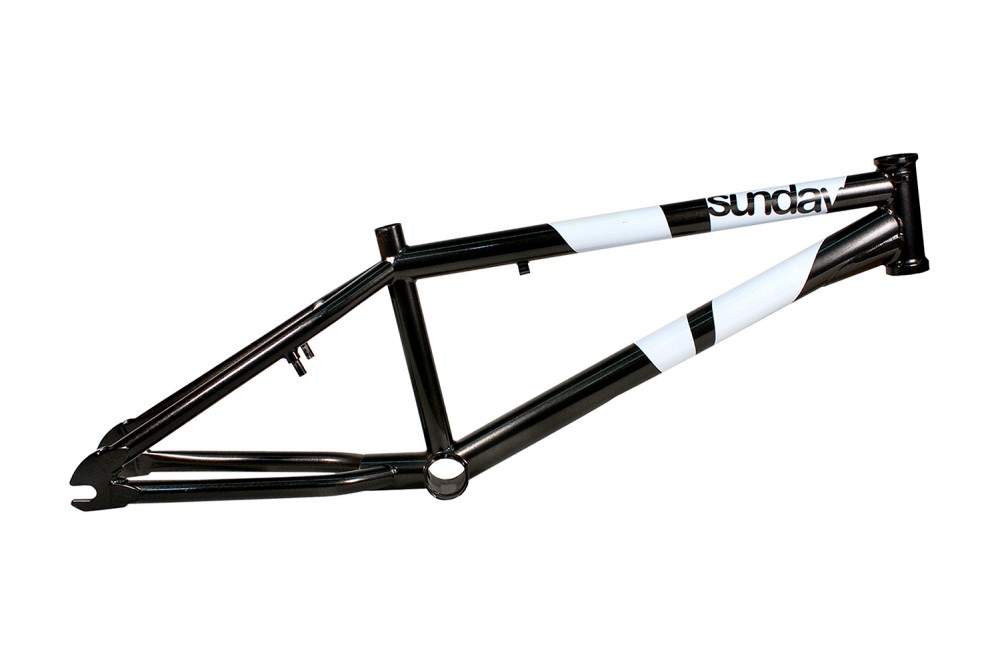 In May of 2006, we released the Sunday frame which challenged the notion of how a BMX frame was to be made. Not only was it the first frame to be fully heat-treated using the 41 Thermal heat-treating process, but it boasts many other innovations. 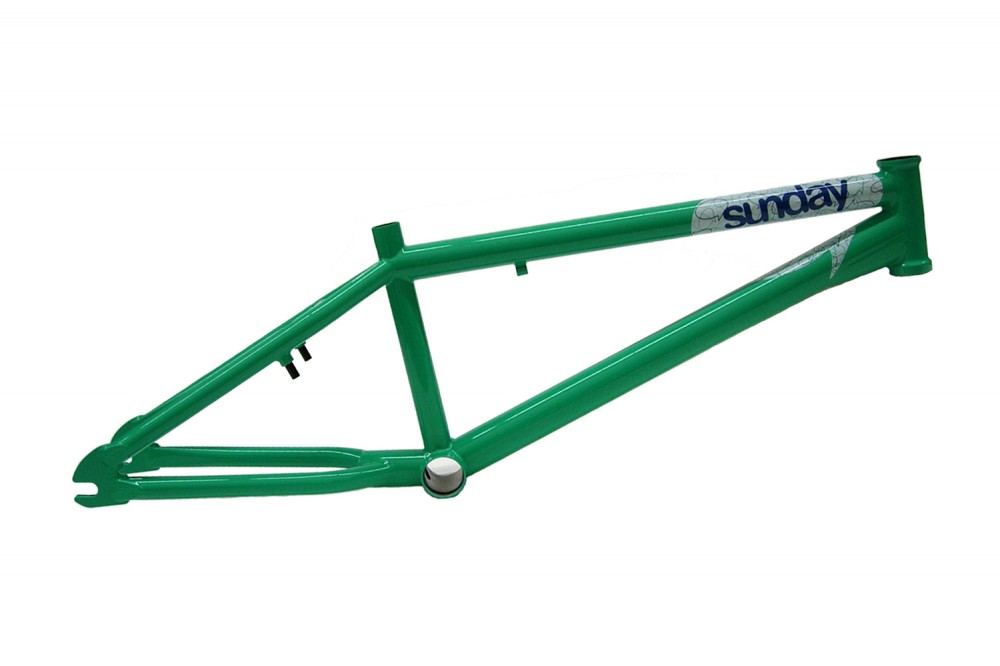 Less than a year after the release of our first frame, we released the First Wave frame to much surprise. The new tube shape stiffened and increased the durability of the double butted down tube which by it’s nature is prone to denting. 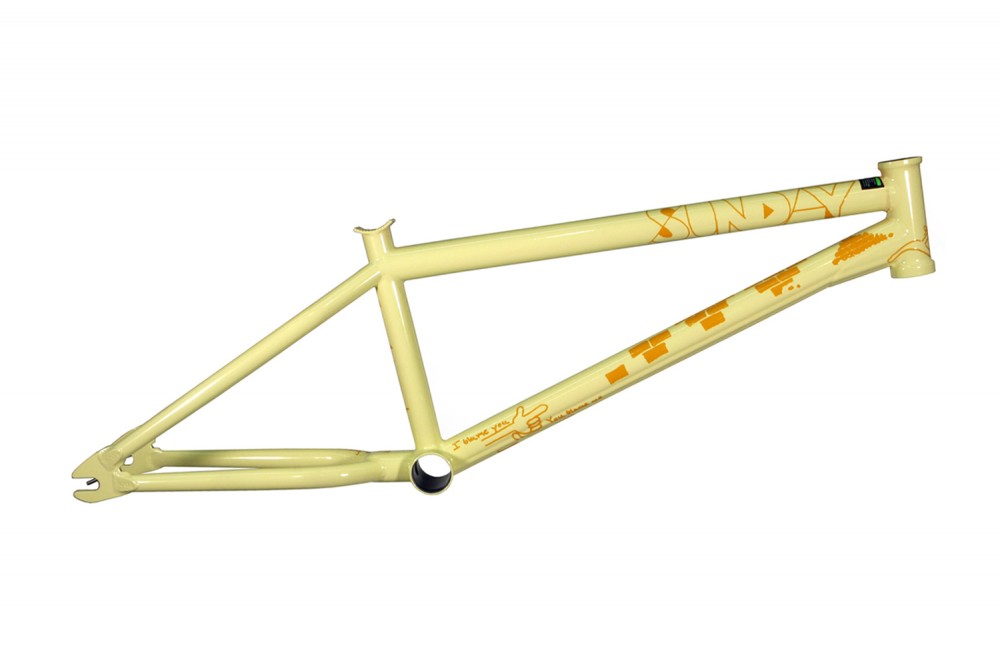 We released the Second Wave and Ian Schwartz frame. The frames provided a lighter and slimmer continuation of the First Wave frame, plus tapered seat and chain stays were added along with hidden chain tensioners inside the back of the hollow dropout. 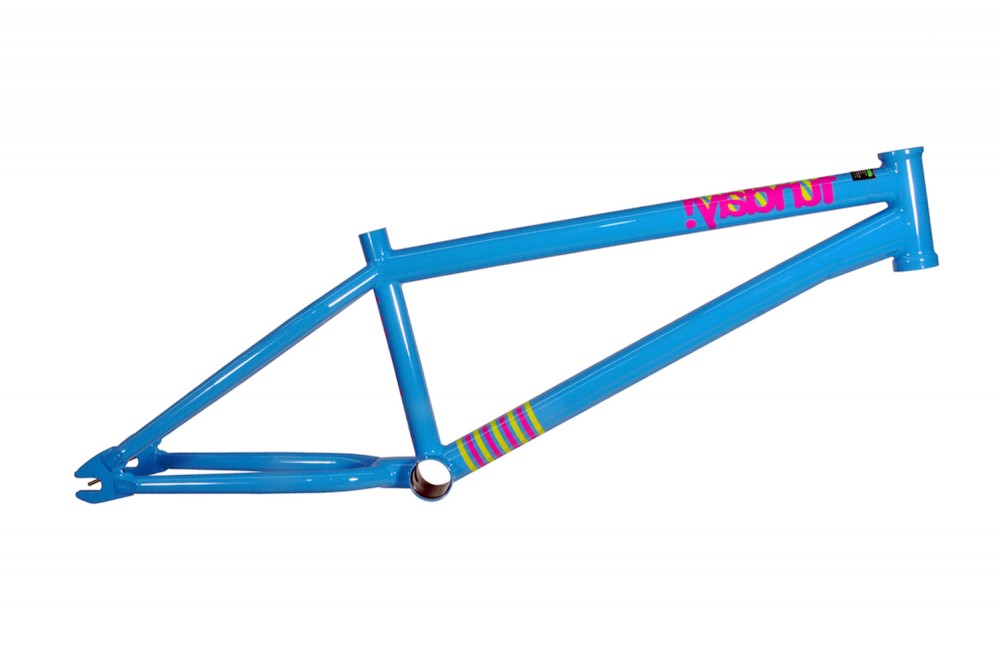 Aaron Ross joined Sunday the year before, but his legendary Funday frame released in 2009. Sunday will forever be a different company as a result. 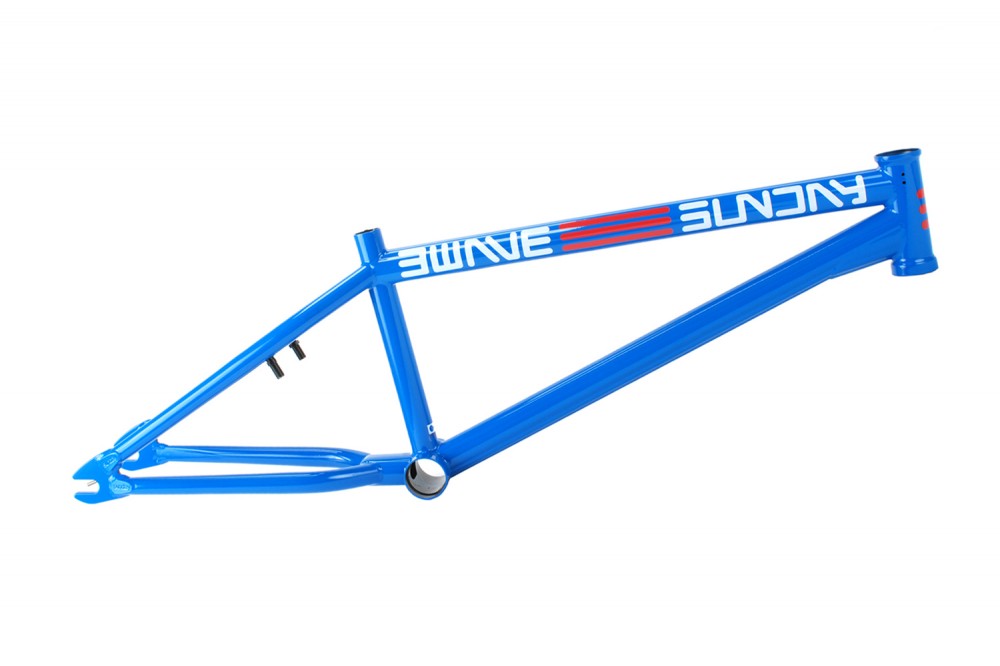 This year marks the release of the Third Wave frame which somehow improved on the amazing Second Wave frame. Wave tubing with a hidden cable channel was added to the top tube to further increase frame life. 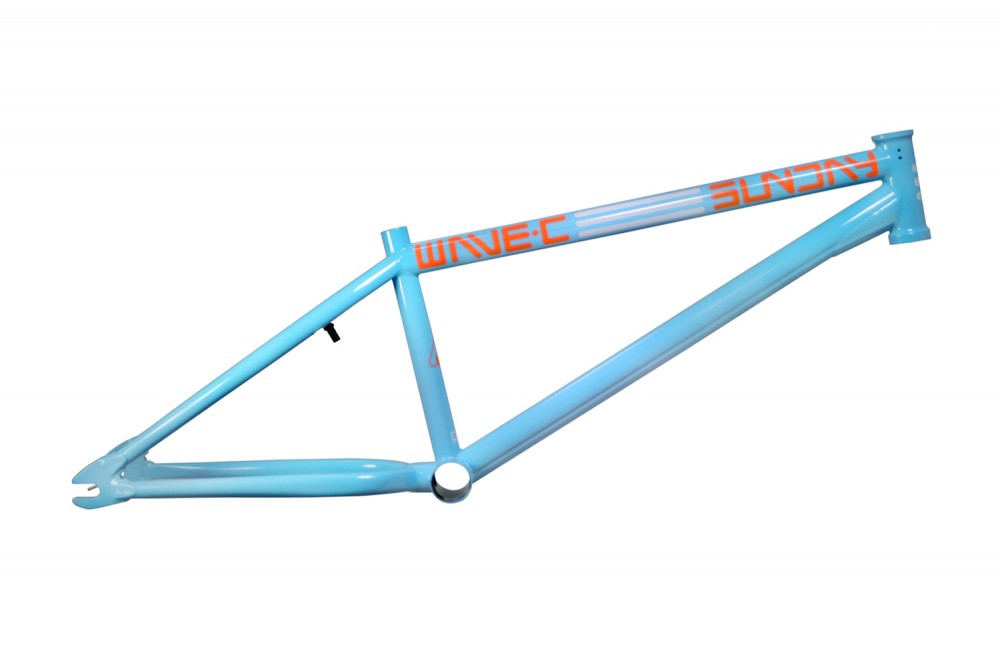 We were able to dramatically change the direction of 24” Cruiser BMX bikes with a radical change in geometry, but we further improved upon that in 2011 with the release of the Wave C frame. Every feature we offered on our 20” frames was now available on the Wave C. 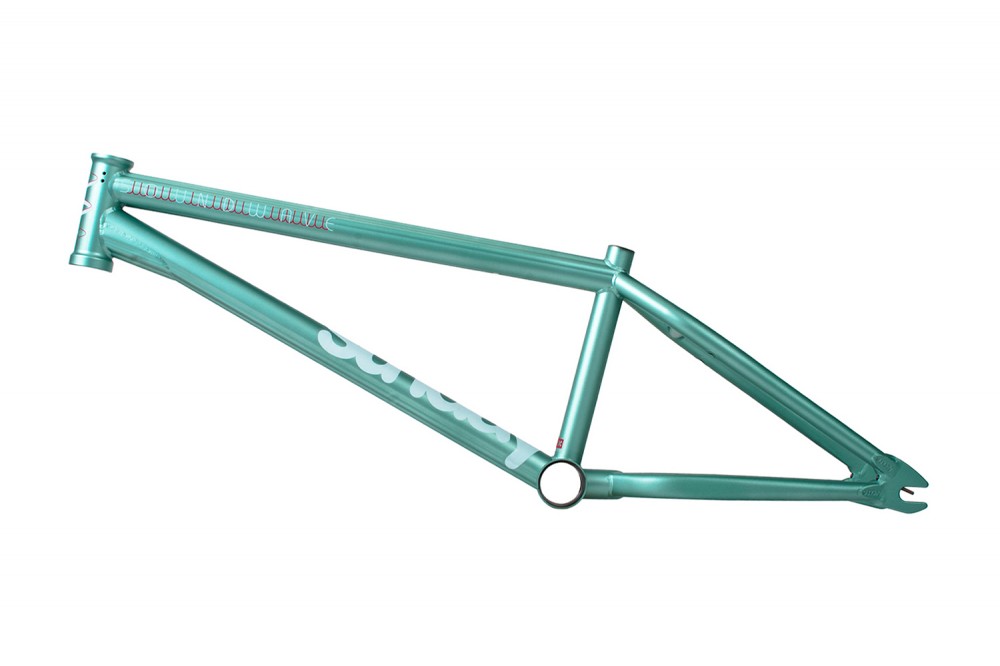 The Soundwave frame is next stage in the Wave Series of frames. The geometry was given a modern update along with the addition of new ‘Boxed’ chainstays that shortened the rear end while still providing room for large tire sizes.