If you live in southern Ontario or western New York then you won’t want to miss BMXFU’s premiere of FU 5 – Guy Stuff video tomorrow.  It has a full Lee Dennis section that is suppose to be super good, so don’t miss that.  Knowing these guys, the premiere should be very memorable.  If you’ve never been to their site then check it out right HERE.

Anthony Wilson threads his Funday through this tree in Buffalo, NY.  Photo by Mr. BMXFU himself, Charlie Crumlish.

Lee Dennis and not Chris Rantell blasts this wallride on his Model C during the 4/20 Jam in Ontario!  Good stuff!  Thanks Brad Hill for the photo! 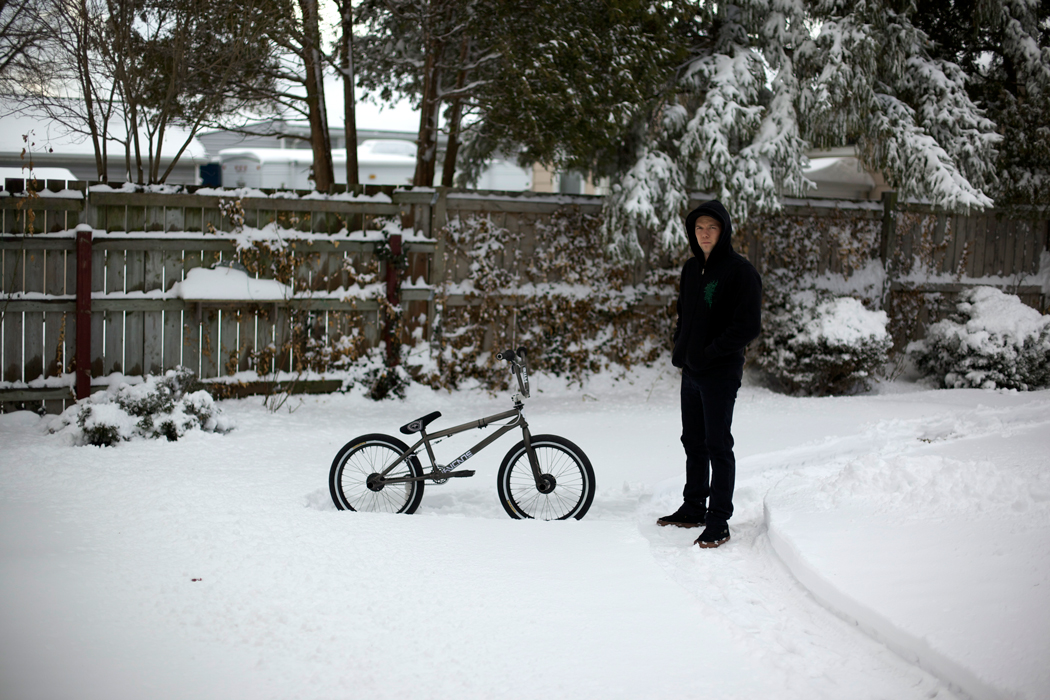 Chris Orbell sent over some wintry Forecaster bike check ph0tos.  Hopefully, everyone will be done with winter very soon, so we can all get to riding.  Chris’ bike looks amazing!   He’s always had a dialed bike and I believe he might be BMXFU’s unofficial bike mechanic.  Nice job Chris!  Photos Brad Hill 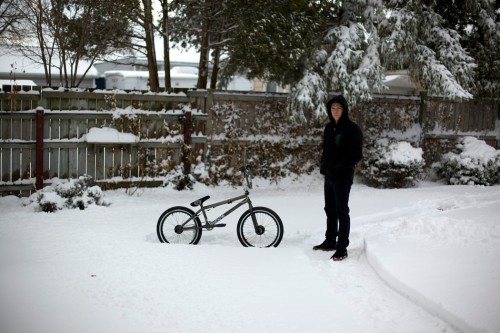 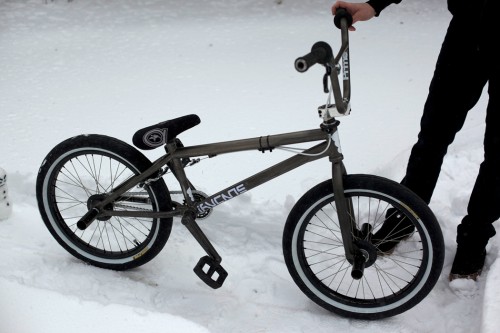 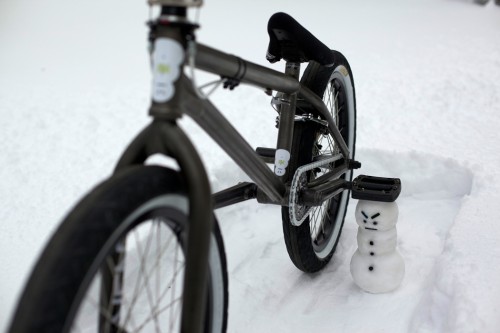 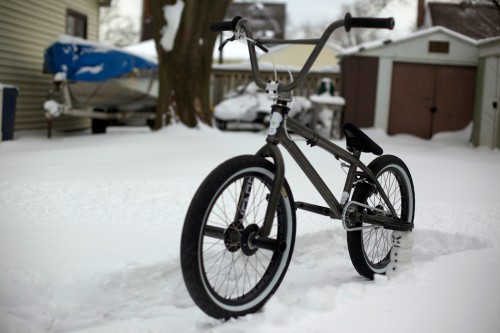 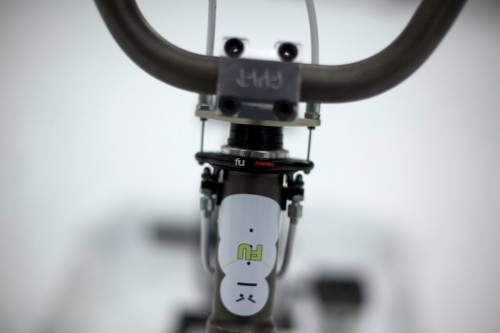 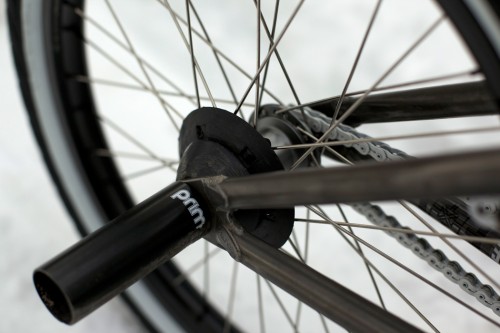 Have you had a chance to check out issue 80 of Dig Magazine?  There’s a few good photos of Lee Dennis in the BMXFU article.  What the hell is BMXFU? It’s definitely one of the best scenes around, but read the article to find out more!

Tammy is a wild one and it’s only fitting that his latest edit is brought to you by BMXFU.  Enjoy!

Just wanted to re-post this!  All I really have to say is the Lee Dennis kills it!  Check out the mini edit filmed and edited by Charlie Crumlish!

If you’re in the neighborhood tomorrow then you should stop up at the Niagara Falls, Canada Hooters and see the latest BMXFU video entitled FUTU! Yeah I don’t know how these guys pulled off having their premier at a Hooters, but either way it should be interesting.  Has there ever been a video premier at a Hooters?  Doors are at 7 and video is at 9! Charlie has been promising some big things, so don’t miss it! Check Niagara St for more info!

Lee Dennis‘s blue 2nd Wave with matching Forumphs and Morning 2.1 forks looks really good, huh?  Flower Power is one quote about it on Facebook. Having great photos to do a bike check is so awesome. You know what else is awesome? The BMXFU premiere that’s coming up on January 17th. For more info on Lee, BMXFU or anything else going on around Niagara Falls go check out their scene website Niagara St. Lee, Greg D’amico, Andrew White and Scott Barker actually are heading out to California today for a week. Look for some photos and such as the week goes on.