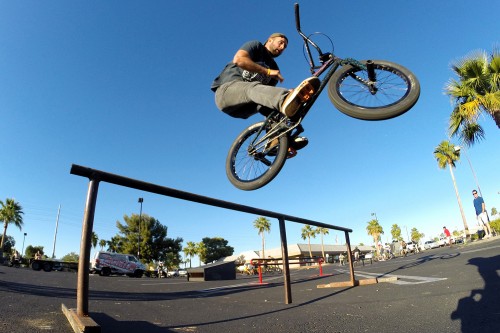 ESPN stopped by our shop stop at Gordy’s Bicycles in Phoenix last week to shoot some photos and hang out with Aaron Ross, Gary Young, Chris Childs, Erik Elstran and Mark Burnett. Check out their full story HERE.
END_OF_DOCUMENT_TOKEN_TO_BE_REPLACED 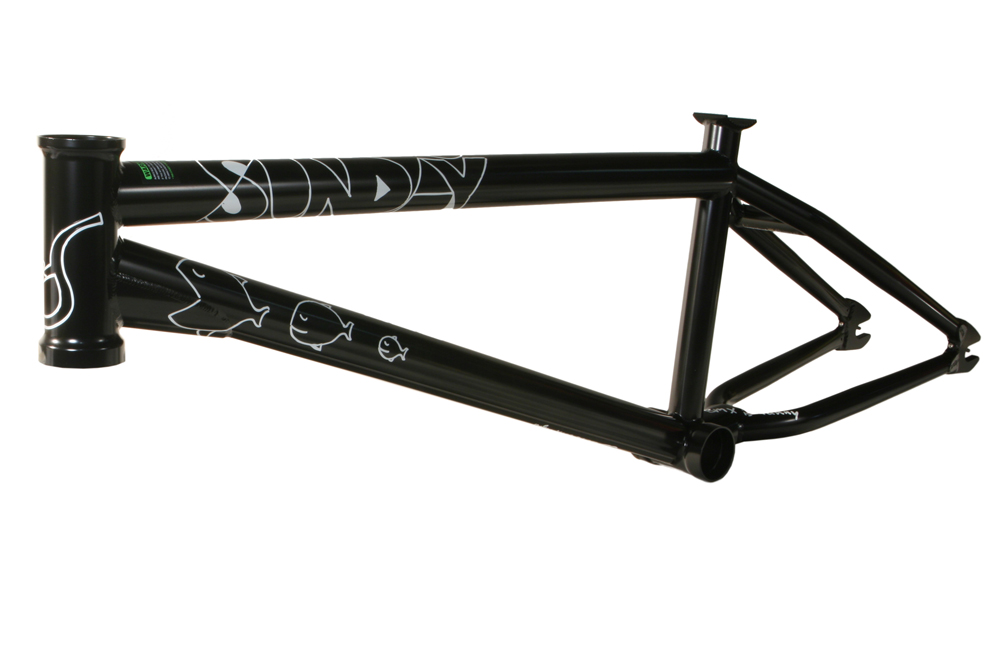 Our Ian Schwartz frame from 2009 was ranked the 20th most progressive frame in BMX history according to ESPN.  Ian’s vision was to add a pivotal mount to a Second Wave frame thus eliminating the seat post and seat clamp.  This helped usher in the low seat era in BMX.  The pivotal mount was the most obvious feature on the frame, but the whole Second Wave frame was refined and smoothed out for a cleaner look compared to previous versions of Sunday frames.  Go check out the rest of the list on ESPN right HERE.  Check out the promo for Ian’s frame after the break. 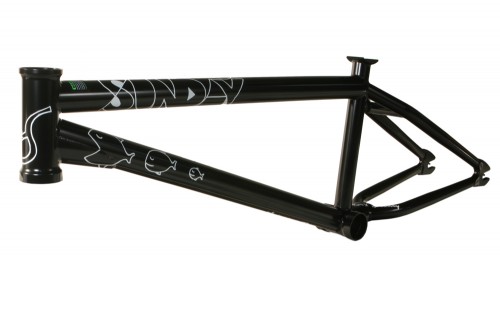 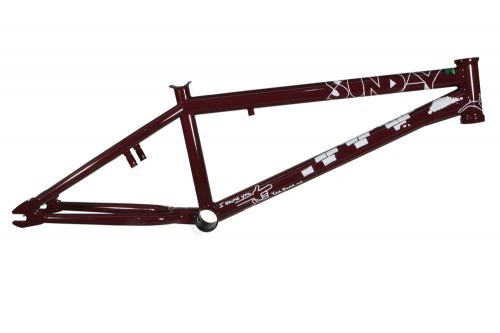 Aaron Ross and Seth Peterson have a whole bunch of clips in this Austin Scene Report video up on ESPN. The video is really fun so check it out.

Look at this amazing ramp!  We were lucky enough to ride it over the weekend at Fun Fun Fun Fest in Austin.  ESPN has a photo gallery featuring photos of Aaron Ross and Jim Cielencki up on their site today.  Go check out the gallery at this LINK.  Thanks to Project Loop for making it happen.  Follow us at @sundaybikes on Instagram to see more from the weekend.

Aaron Ross does a quick interview from the road for ESPN where he talks brakelessness, racing and traveling.  Here he is joking around with a 180 rail hop while we were in Atlanta.  Look at that glide-cam technique!  Check out the interview HERE.

Check out this new Seth Peterson video featured on ESPN today.  It’s classic Seth style with most of the video filmed in back alleys, ditches and other obscure spots.

Garrett Reeves and legendary 80’s pro RL Osborn have something in common.  They both rode the spot featured in the photo above only 25 years apart.  Go read the story right HERE. Photo Brad Hill.

Gary Young killed it during the Baltic Triangle Tour last summer.  We are even sitting on a few video gems from that trip for an upcoming video part.  ESPN has one from Kai Kuusisto that he shot while we were casully out riding the day before Simpel Summer Session. Follow this LINK to see the photo.  It’s photo #10.

ESPN wrote a story about us having our website go black due to our participation in the yesterday’s internet strike against the anti-piracy bills SOPA/PIPA.  Check out the story right HERE.  This is still an issue, but support is waning.  Please urge President Obama to veto the bill if it does come to his desk.  You can do that right HERE.