Freedom BMX joined us while we were in Cologne and put together this video of some raw clips from the sessions. Hit play and follow @sundaybikes and @freedom_mag on Instagram! 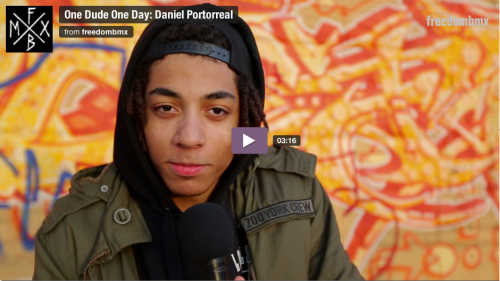 Daniel Portorreal is a recent addition to the German Sunday team and he just dropped this One Dude One Day video by Freedom BMX.  The video proves how smooth, tech and consistent he is on his bike. Click the photo above or just follow this LINK to see the video.  Take a closer look at the Broadcaster he is riding in this video HERE.

Filmed and edited by Johannes Dreyer for freedombmx.mpora.de

Check out our German rider, Niklas Köbis on the cover of the newest issue of Freedom BMX!  You know he is psyched!  Congratulations Nik!

Check out Sunday’s German team rider Christian Ziegler on the cover of the latest Freedom BMX magazine.  Christian has been with Sunday ever since we started back in 2005.  Thanks a lot Christian!  Also, check out his bike shop, Alliance BMX in Breman.

Niklas Kobis is on flow for us in Germany through our distributor Sport Import.  He did a good bike check of his Black Magic Funday kit that you can see on Freedom BMX.  So go HERE and see his bike!