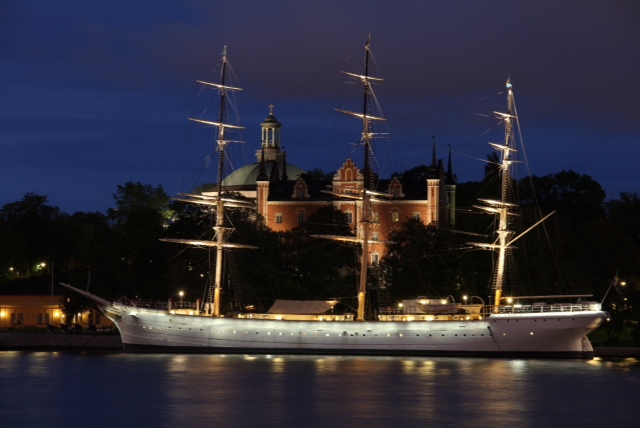 The plan for the latest Sunday adventure was to have Gary Young and Alex Magallan venture around the Baltic Sea after the Simpel Summer Session contest while Andrew Brady films and I act as a tour guide, second camera angle and a third rider.  This idea seemed flawless until Alex Magallan broke his arm a week before the trip.  With Alex out, Gary was going to have to make up for it and to no one’s surpirse he did just that.

The tour takes us from Helsinki, Finland to Tallinn, Estonia then overnight to Stockholm, Sweden and finally back to Helsinki.  If you’ve never been to this part of the world then do yourself a favor and go.  These photos are shot by Gary Young and Andrew Brady.

The Baltic Triange Tour video from the trip will be on the site at 11 am EST time this coming Friday, but if you like our Facebook page then you can watch it right now by clicking HERE.

Check out this great photo of Gary Young doing a one handed table 360 at the Simpel Summer Session that is found over on Sahtel site.  There’s a whole bunch more photos from the contest, so check them out right HERE.  This photo was shot just a few hours before Gary took the win.

Huge congrats is going out to Gary Young for being nominated for Ride BMX’s NORA Cup Award for best ramp rider of the year.  The winners will be announced Thursday September 15th in Las Vegas.  He won the Simpel Summer Session last month, got travel around Finland, Estonia and Sweden and now he gets nominated for the NORA Cup. Congrats Gary!  Check out the event flyer below.

END_OF_DOCUMENT_TOKEN_TO_BE_REPLACED

Gary Young has a whole bunch of good clips and an interview in this Simpel Summer Session video by Vans.  Good stuff in here.

Well after an amazing time at Simpel Summer Session, we used today as a day of rest and travel.  We just arrived in Tallinn, Estonia after taking the ferry ride across the Baltic Sea. Traveling by ferry is one of the coolest ways to go if you ask me.  Gary Young, Andrew Brady and myself will be here for a few days before we head over to Stockholm, Sweden later in the week.  We will be hitting up Mystic BMX sometime tomorrow.

If you didn’t know, Gary Young won Simpel Summer Session.  Check out this photo of him being carried to the podium.

Gary Young took the win at yesterday’s summer Simpel Session (AKA Stadi Session) in Helsinki, Finland.  In usually Gary Young form, he blazed his way around the course firing out all sorts of jumping variations, doing gaps to rails and finding lines that no one else could.  All of this is done at high speeds.  Big congrats Gary!  It was a pleasure to watch! Photo Kai Kuusisto

Sunday is heading to Helsinki this week to hit up the summer Simpel Session contest on August 20th.  I guess it’s called Stadi Session during the summer. Gary Young, Aaron Ross and Jim Cielencki will be there.  Alex Magallan had to pull out due to his broken arm suffered this weekend.  Some of us will be staying in the area for a bunch of days afterwards, so be on the lookout. We might even make it to Tallinn and Stockholm.  Can’t wait!

Yes, its that time of year to make it out to wonderful Tallinn, Estonia for Simpel Session.  This is one of the nicests cities that I’ve been, but unfortunately I couldn’t make it this year due to injury.  Aaron Ross is there, so be on the look out.  I’m not sure if he has anything planned, but if I know him he will come up with something wild.  Go over to their website to view the event live as it happens this weekend.  Or you could just go right here!  This is one of the best events going in BMX, so you will not want to miss it!