Aaron Ross has cooked up something really unique.  He’s giving away a one of a kind Funday aftermarket bike.  Once he gets to 35,000 followers on Twitter, he will give the bike away.  Follow him at @theaaronross for more info.

Do you want to win a red or blue Freeze stem?  If yes then hit up our Facebook, Twitter or Instagram pages and follow the directions in the photo caption on each page.  It’s super easy!  The winners will be chosen April 16th.  Good luck!

Aaron Ross is currently in India and his Twitter and Instagram posts are amazing.  You’re probably already following him, but if not then here is the info below.

We’ve had a lack of updates lately mostly because we are doing Sunday week at Woodward West right now.  It’s been so much fun so far!  Everyone has been having fun riding the street stuff at the back of the Hanger.  Gary and Aaron shredded the dirt last night continuing a newly developing Sunday theme.  Above is Gary blasting the best hip at Woodward.  Today is the big day for us, we are heading over to ride Mega Ramp.  This will be an interesting day.  More updates soon.  For even more updates check out these Twitter links.

The Fairdale tumblr just posted some pictures of Taj Mihelich’s painting of Aaron Ross’ head.  This is the actual way his tweets are conceived in Aaron’s head.  Amazing!

Twitter is taking over!  If you want to hear the ramblings and what not of most of the Sunday team then check out the links below.  Warning some are really good, some might be over the top and some might only be for adults.  So Twitter wisely! 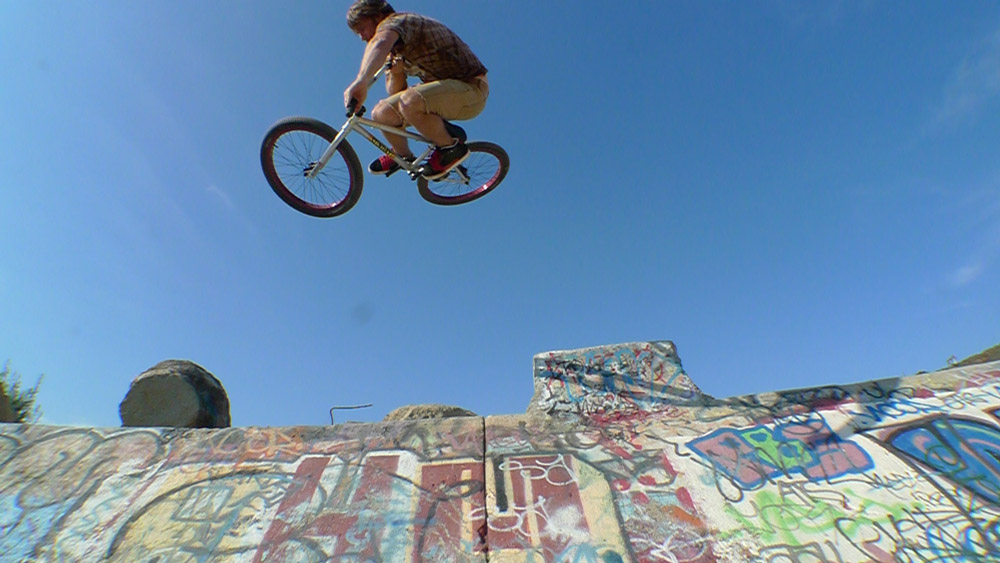 A little while back, I received some random photos of Jim Bauer from Odyssey riding his Model C in a ditch that could be straight out of Wheels of Fire.  Most of you probably don’t know what that is, but if you had any connection to skating in the 80’s which most people did then you would know.  It happens to be my favorite skate video of all time.  Have you followed Odyssey on Twitter to see what they’re up too? 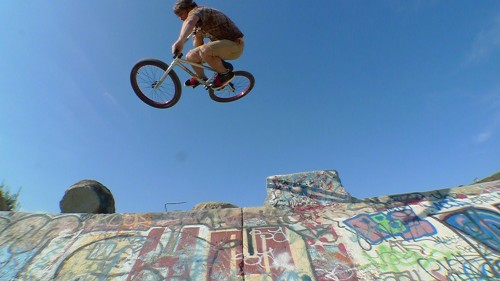 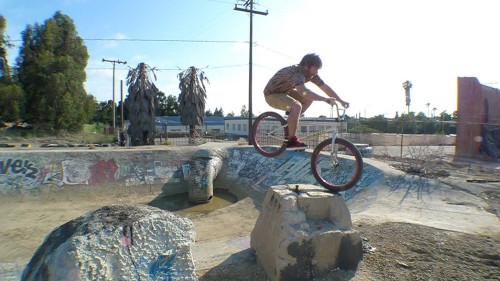 Want to hear what Jake Seeley is up to straight from his mouth?  Well then follow his Twitter page and see what his favorite flavor Gatorade is or find out what Dunks he’s putting his feet in now.  Hopefully he will get it figured out soon!

Hey if you are on Twitter then go check out Aaron Ross‘ new Twitter page.  You’ll be able to hear all sorts of random updates from him while he’s out on tour somewhere.  He’s got a lot planned so his updates should be really interesting!

Ride BMX has two Aaron Ross wallpapers up on their site. Go HERE to pick them up! In other Aaron news, he’s almost recovered from his ankle injury and to celebrate he is going to Thailand with Walter Peringer to film a Props trip story.  Hopefully he’ll be updating the Sunday Twitter page from there!