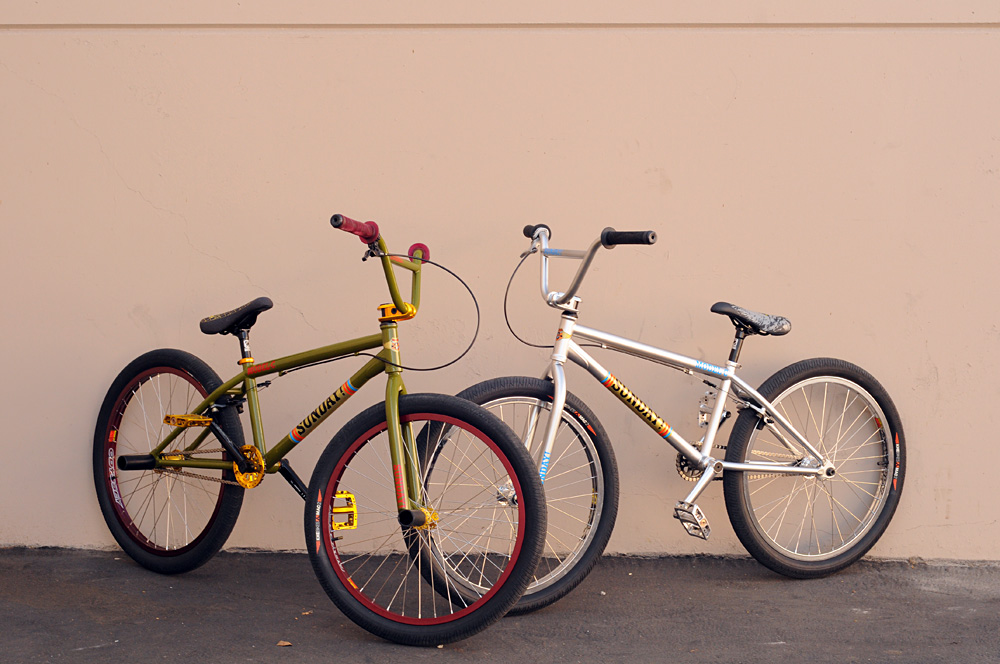 First photos of the bikes after being built! September 2008 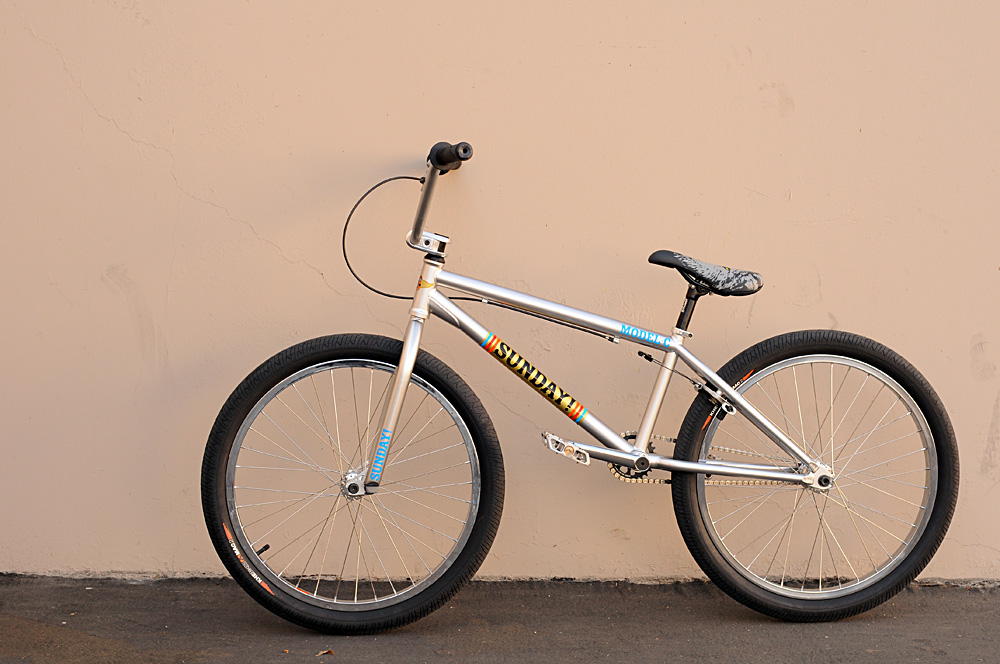 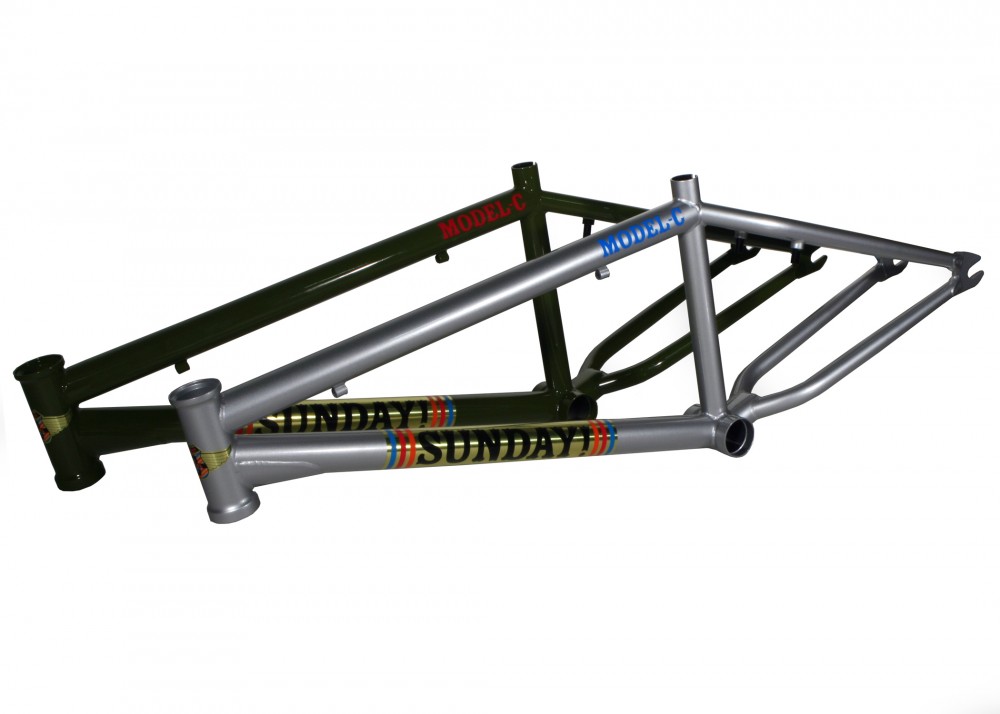 Silver and Olive Green were shown at Interbike 2008! 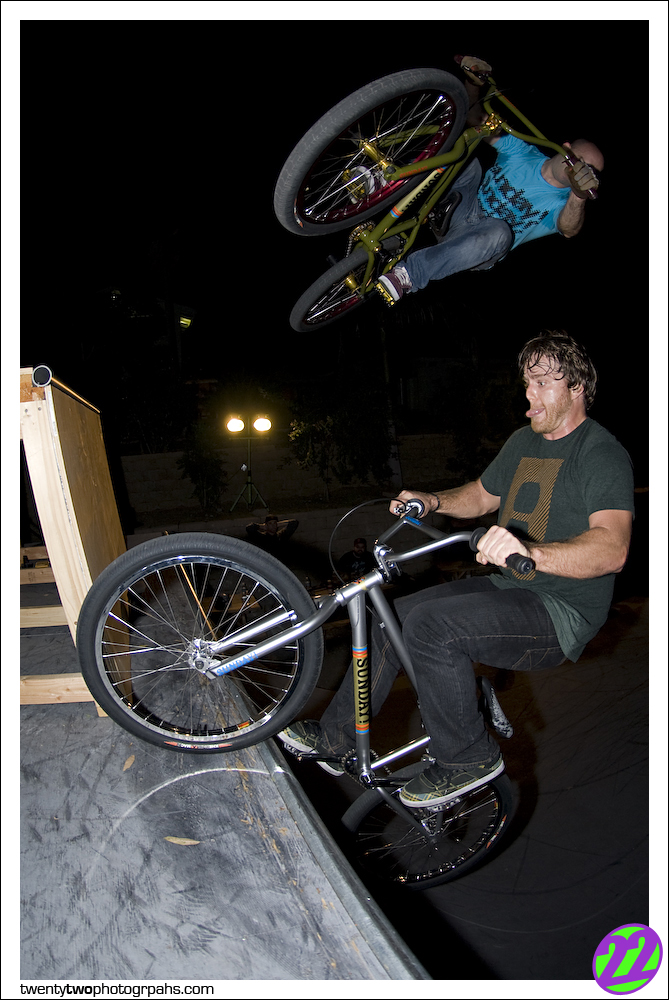 Cruiser doubles on the first day of testing! October 2008 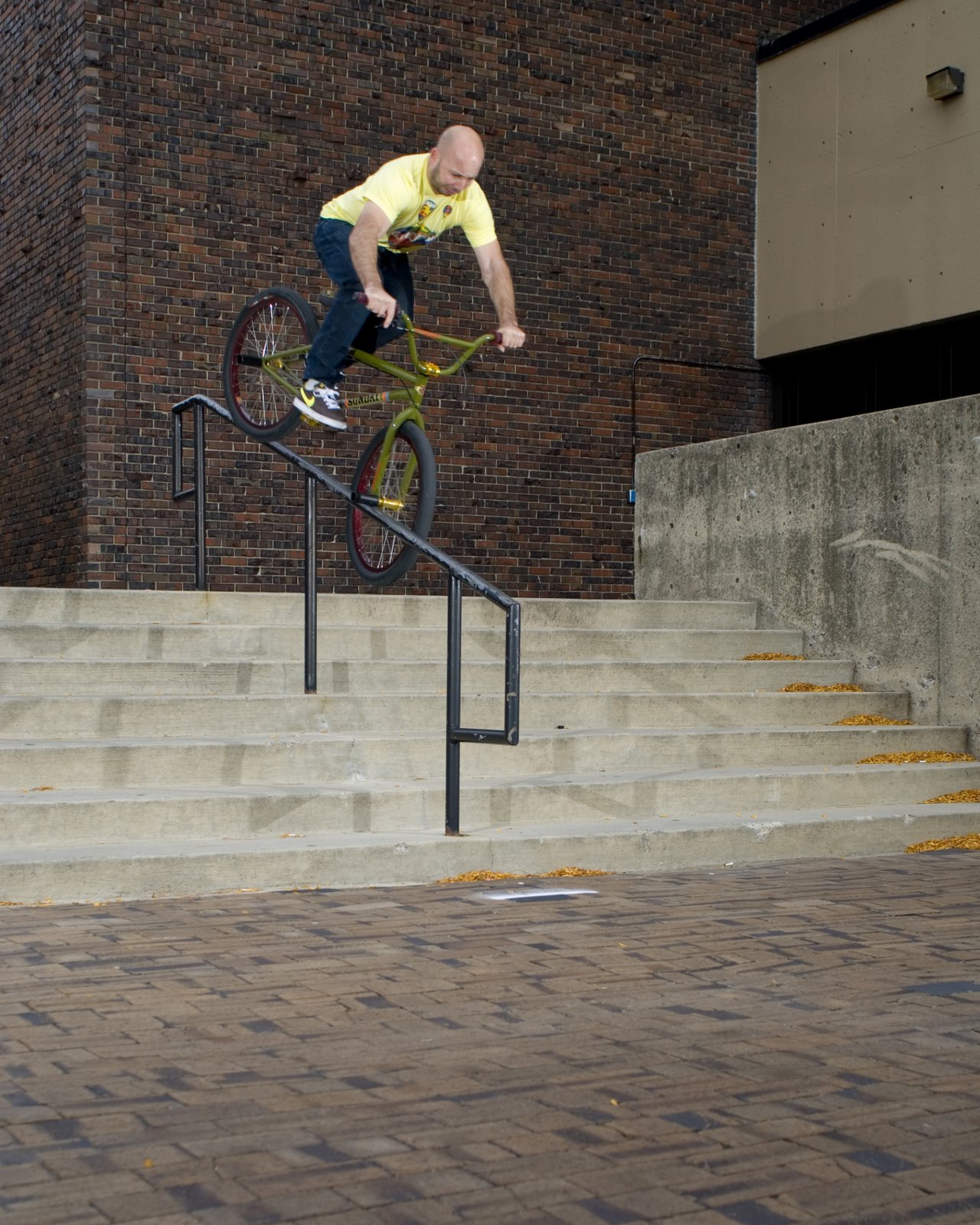 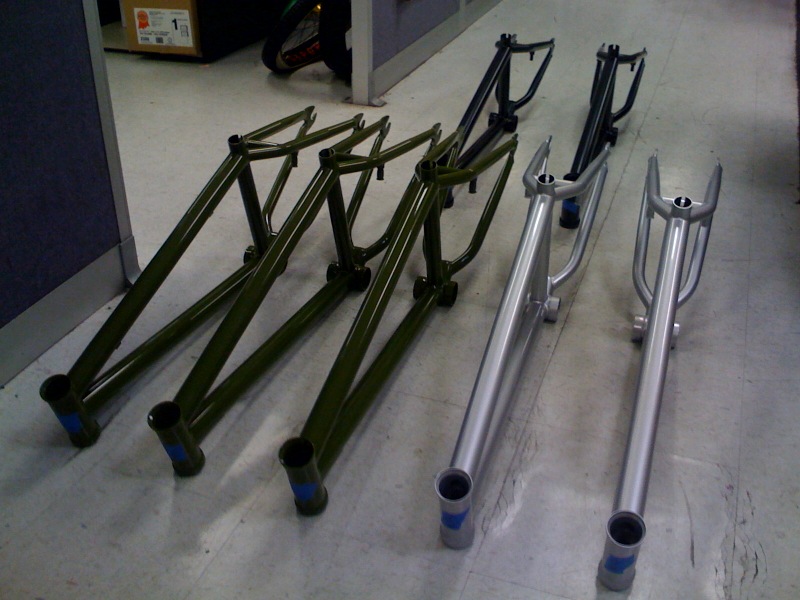 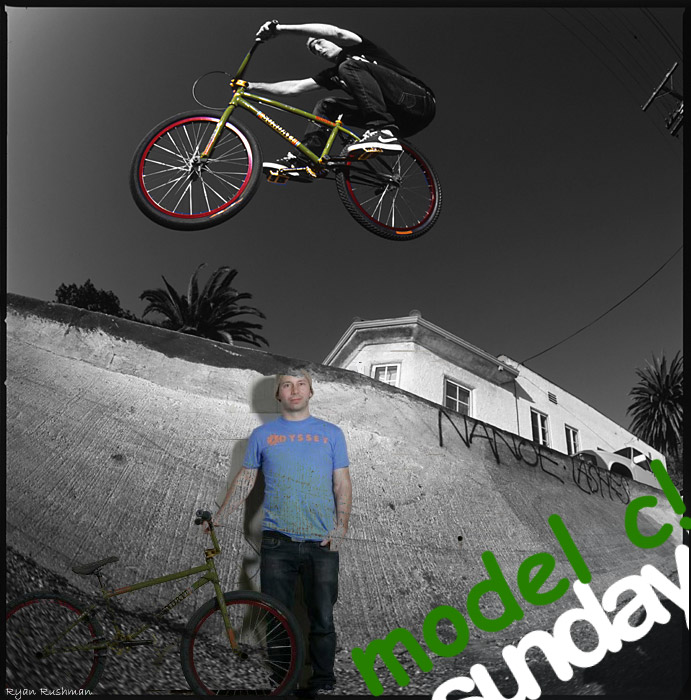 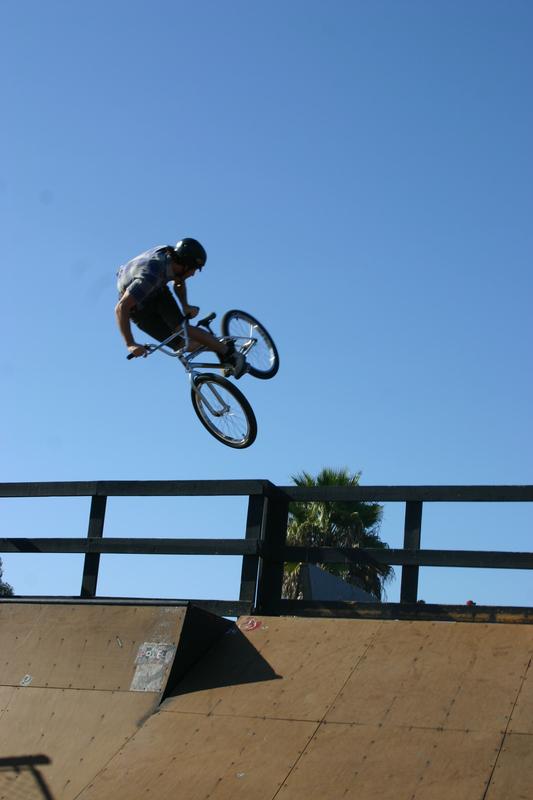 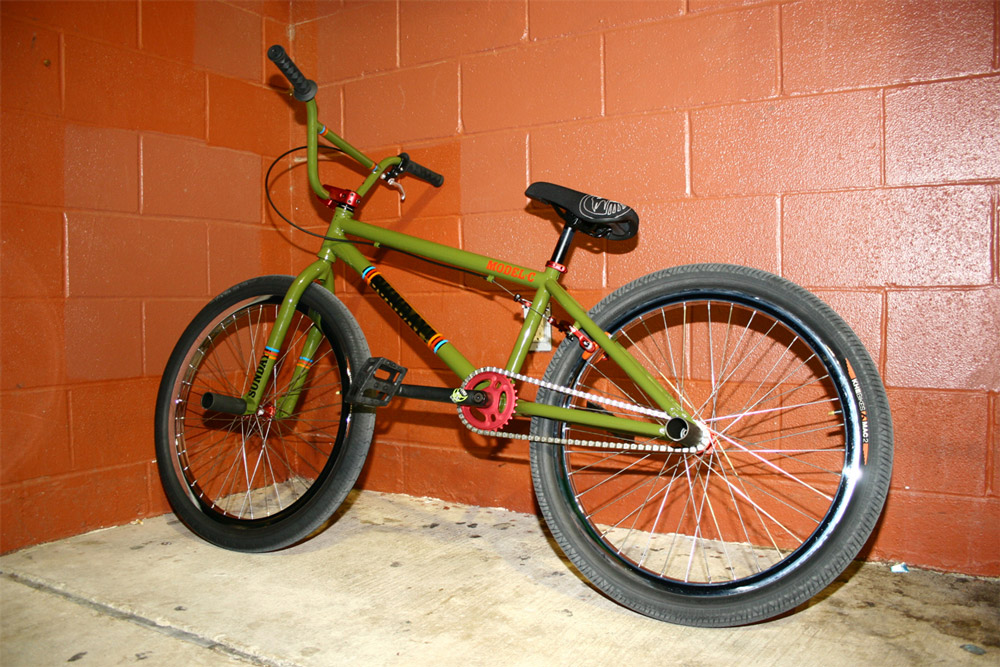 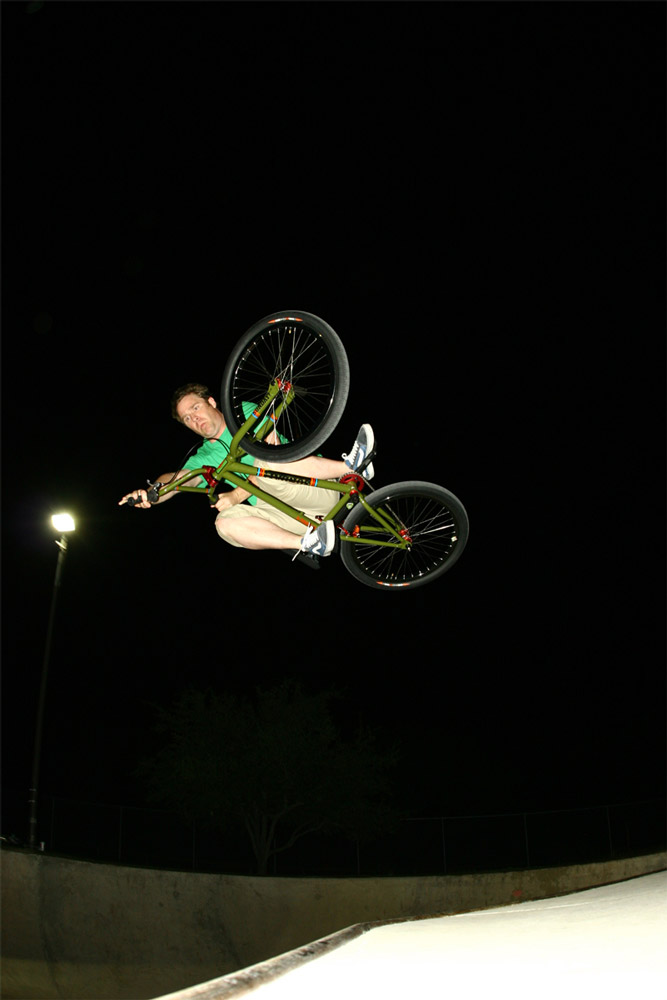 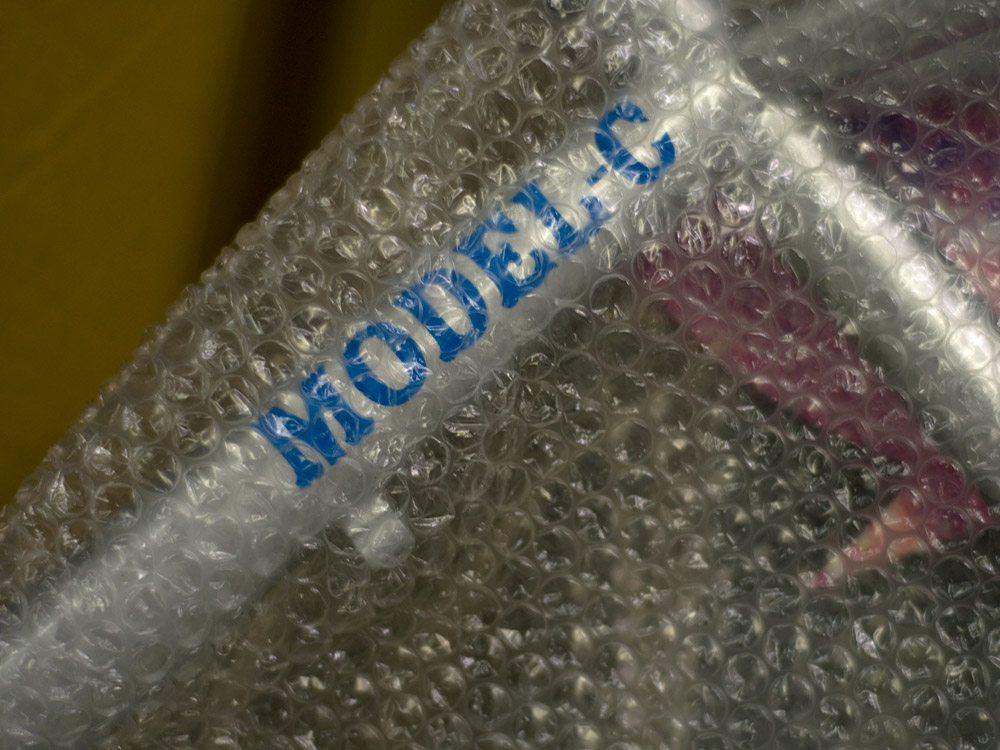 Proof that they were in stock and ready for shipping! May 2009 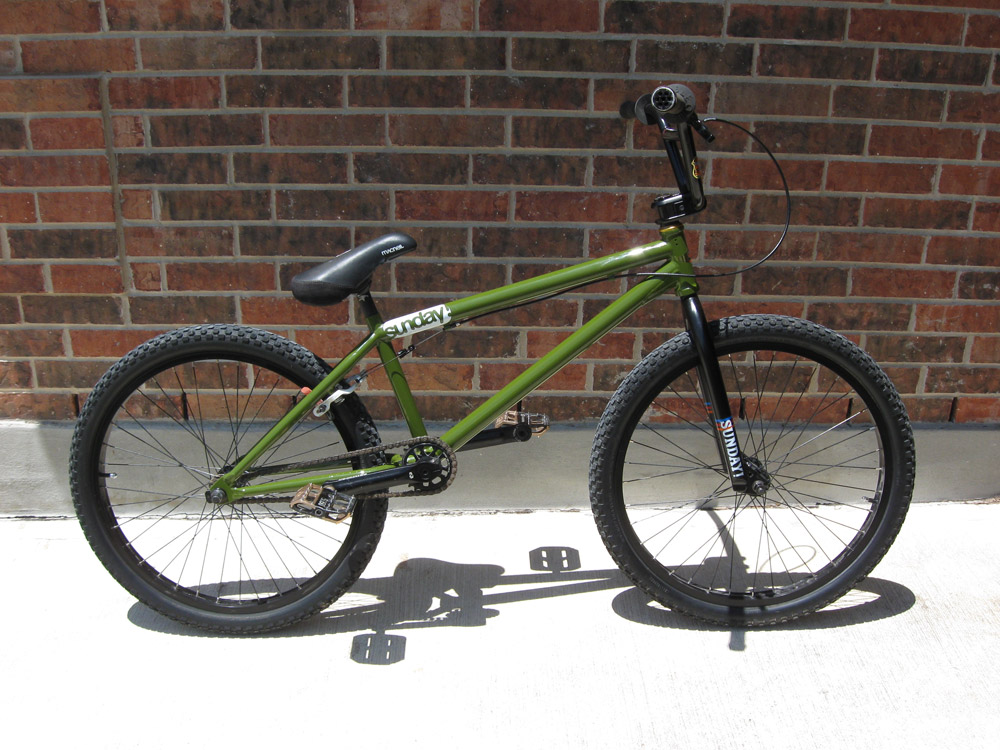 The Sunday 24″ Model C was introduced at last September’s Interbike to a mix of fanfare and uncertainty.  The biggest controversy was its geometry with its much higher bottom bracket and shorter rear as compared to other 24″ cruisers available.  It took a lot to explain the ideas behind it as you might have seen in the Model C video edit in March and there’s even an FAQ about the Model C.  The goal was to make a 24″ BMX bike that could do all the tricks a 20″ could do.  Before the Model C, cruisers were race orientated and the thought of doing tricks on it didn’t really exist.  Others in the industry claimed that since they were “a former top cruiser racer” that the Model C wouldn’t work.  They basically said we didn’t know what we were doing.  Sorry to say, but we’ve been approved by riders through out the world and from companies like We the People and Fit who’ve adapted the Model C’s geometry for their cruiser completes.  It has been a great year since the last Interbike and I know it will be another great year with the introduction of our complete Sunday Model C next spring.  So, not only can you get a high end frame and fork that is required by a skilled rider, but you will also be able to get started on a 24″ without spending too much money.  Check below for some photos of the Model C since last Interbike.