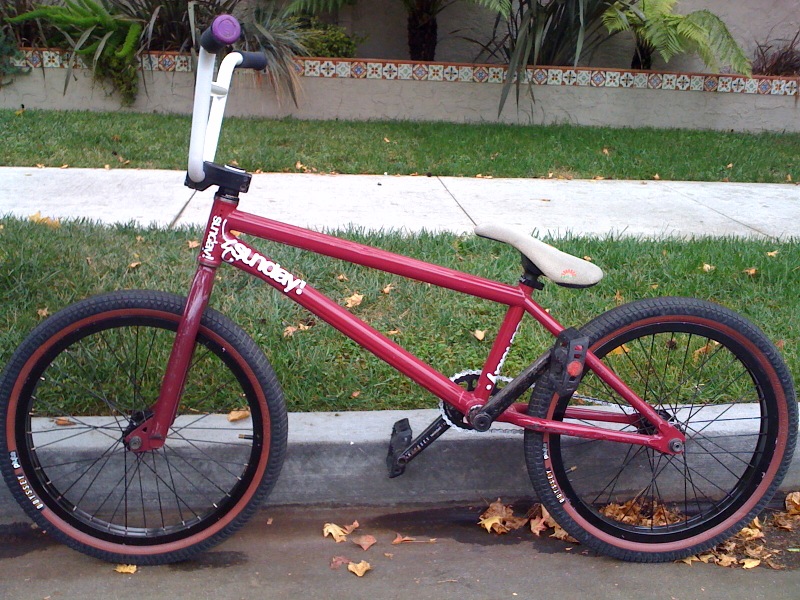 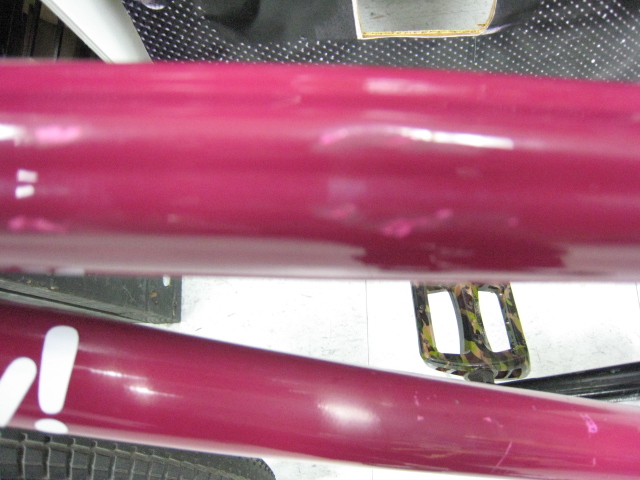 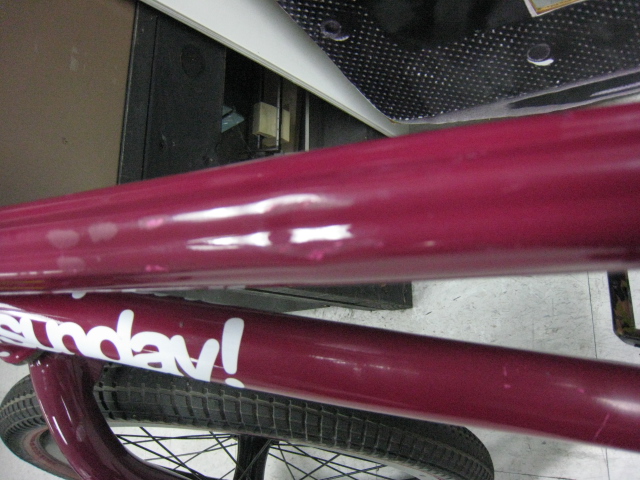 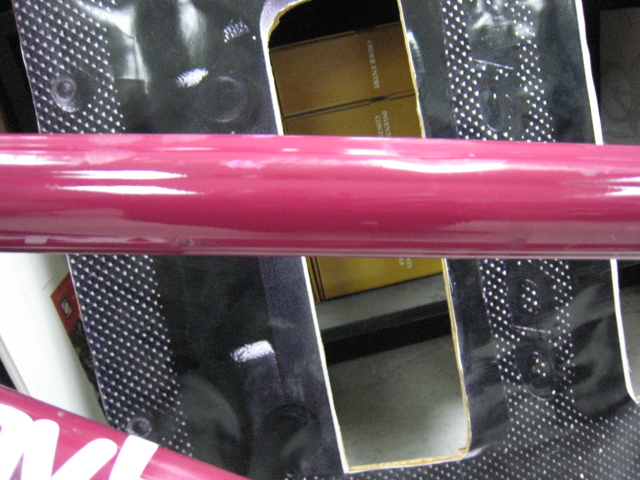 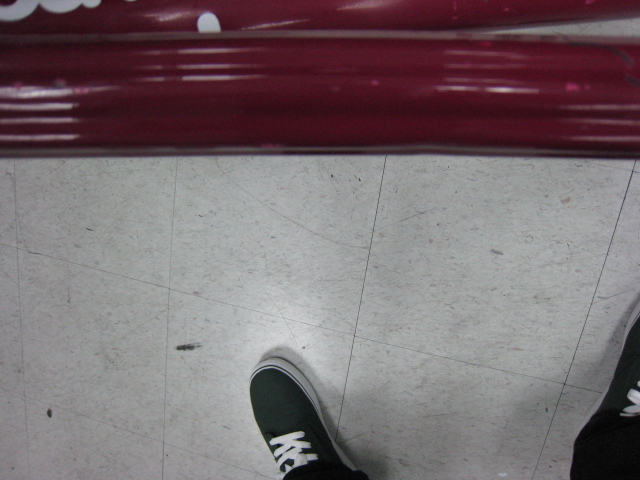 Eric Lichtenberger had a bike check of his Third Wave prototype a few days ago, but we didn’t get to show you close ups of the Wave on the toptube.  The photos aren’t the best, but you will notice a bunch of scratches and dings, but no major dents.  The idea behind the Wave toptube is the same as the one for the downtube.  Each small Wave is stronger and stiffer than a non-waved tube, it’s easier to dent a larger tube then a smaller one.  We’ve been doing the Wave downtube since 2007 and it’s been proven countless times.  If you dent either one then you significantly decrease the strength of the front end.  The Wave toptube will only be offered on next spring’s Third Wave frame.  Look for more photos of the Wave downtube including the cable channel on the underside next week!