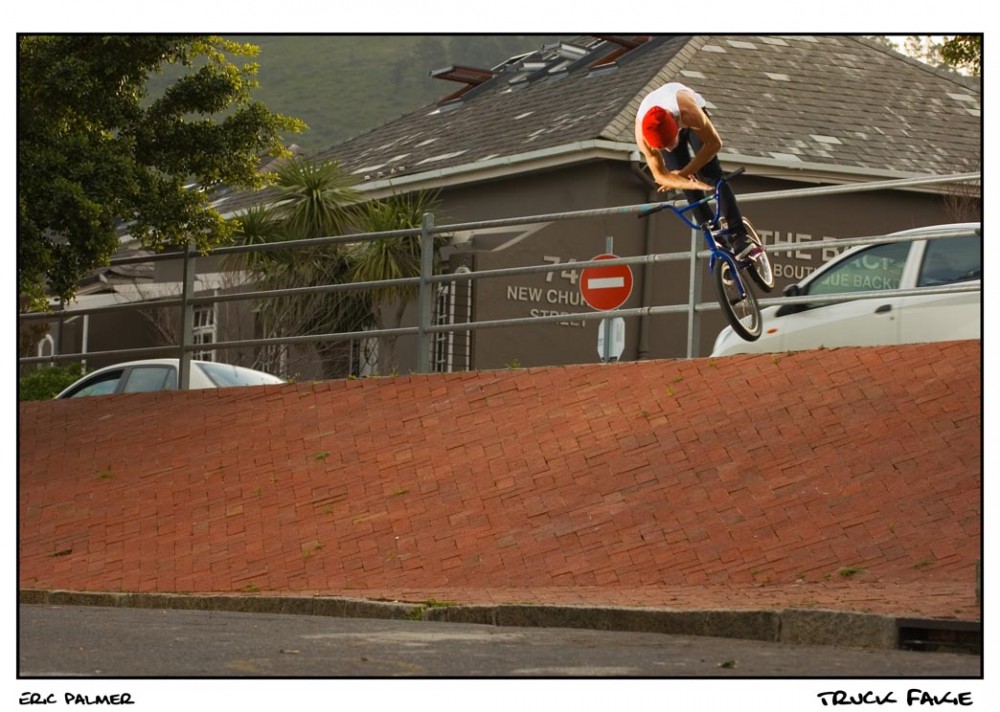 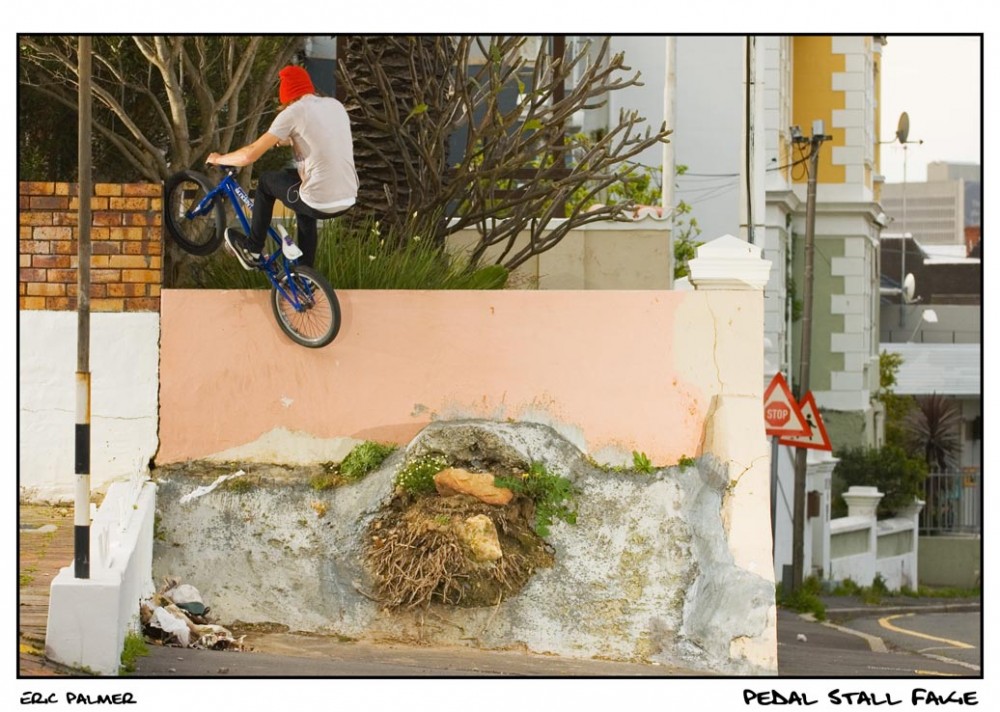 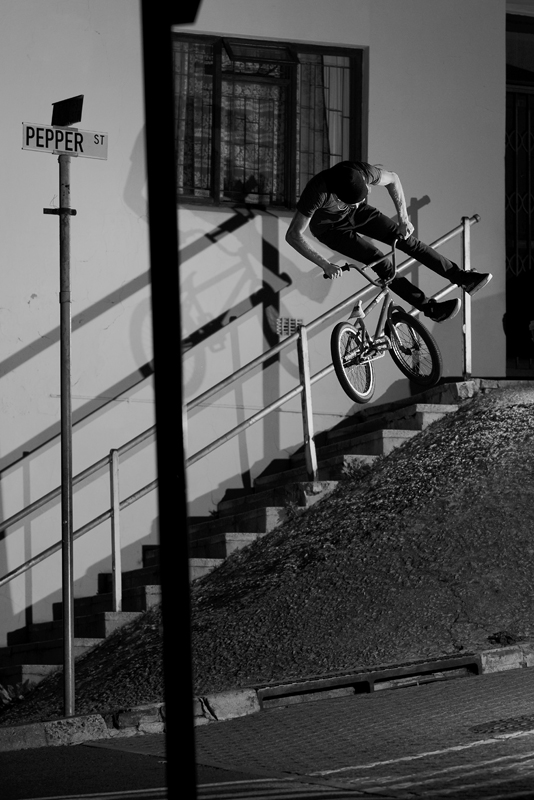 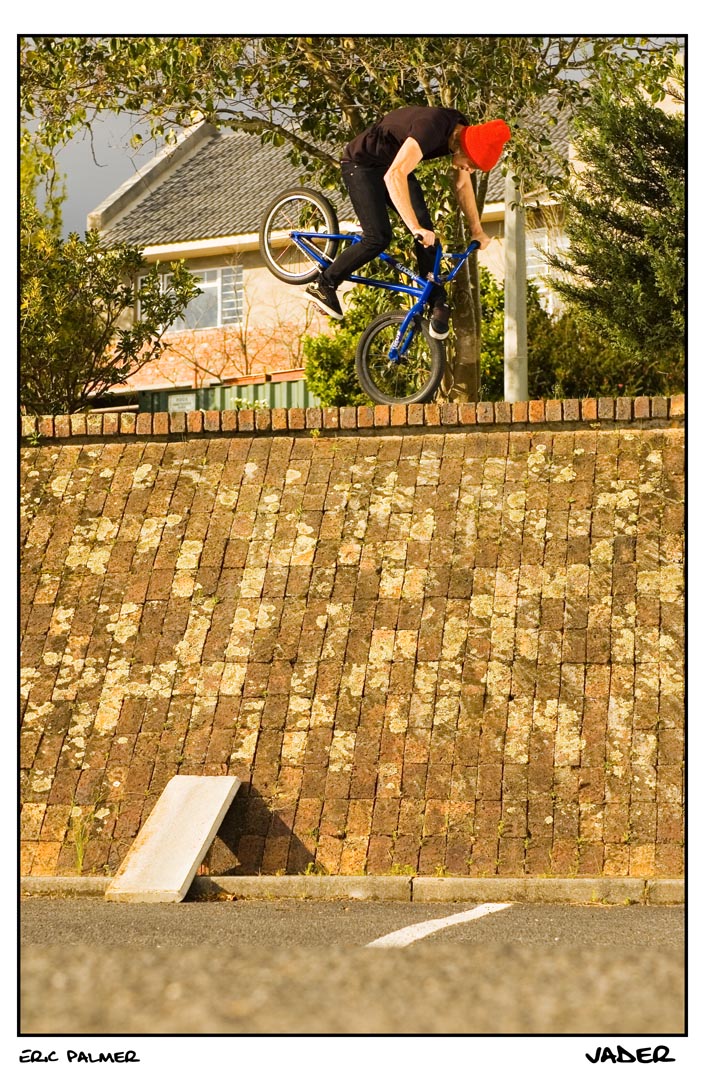 Here’s the 2nd part of the Stephen Savage interview!

What’s your bike set up and why?
Um…I guess its short.  Haha!  And kinda high.  I run a 20.5 and a slammed backend plus a shortish stem. I rode my friend Jordan’s bike about 2 years ago and his stem was upside down.  I got on his bike and it just felt right, so I did it to my bike the next day and I’ve never looked back!  It’s good for spinning in circles.

How would you describe your style?
I wouldn’t.

Any favorite tricks?
Not really. if I had to answer, I would probably say 360s, just cause they feel so good.

What’s the most important part of a trick for you?
It’s all about the mission! going on a crazy adventure to find a spot that you’ve heard of, or having something happen at a spot.  Like a guy giving you a broom to clean the runway, or having street kids rock up on sketchy bikes and battling.  Just the crazy things that happen when your hanging out with friends that ride.  Then because of the day and the laughs, maybe an epic trick goes down or a badass photo is the result.  Every time you look at that photo it reminds you of some funny happenings!

So you came over to the USA in 2007, what the heck was that like?  What were you expecting?  And was it correct?  Didn’t you fly right into NYC?
Yeah I stayed in a hostel in NYC, fail.  But then met a bunch of dudes and it was rad.  Got to see Harlem, that place is fun!  It was such a blessing being able to travel around and see the states and meet all these crazy riders.  Like I got to stay at Gary Young’s house! That’s crazy to me!  Just meeting all these pros, I was so starstruck.   But it was so fun and I saw some wild stuff happen, and jimc got me punched in the face!  Hahaha.  It was a good memory!  I watched him ride over a “gangstas” car, so funny!  Thanks Jim:)

So, what’s the story with your song from your part in Up, Up and Away?  Most people wouldn’t ride to Son of a Preacher Man by Dusty Springfield?
I grew up listening to lots of classic music and this song is just has such a good feel to it.  While Chad and I were driving to Buffalo(I think) it started playing and we both thought it would be an awesome song for a section.  So, when Jim asked me for a song it was the first one that came to mind.

Were you surprised to get a part in the Sunday video?
Yes!  I was shocked.  I was hoping to get a few clips in the friends section or something and then he asked if I wanted a part!  I know my footage wasn’t amazing, but I know I had a fun trip when I watch it.

To me it was an honor having your section in the video, you made quite a good impression on everyone that met you here.  Did you have any clue people felt this way?
Thanks, that means a lot! I didn’t know if people would like my section or not, but if they did, then I’m psyched.

Since most of the US probably doesn’t know any of the riders in South Africa, name some friends who tear it up?
Well watch out for Greg Illingworth, he went on the most recent Mega Tour right now!  Cape Town local Buddy Chellan, he’s on Fly and is in Spain killing it.  There really is so many killer riders, I have love for all the SA guys.  I’m just so amped to mission with the Cape Town crew.

If someone is going to South Africa, where the heck should they go to meet up with riders, find spots and have a good time?
Damn, the same way you would if you were traveling anywhere else.  Give us a shout before you come, and we’ll show you around! There’s good stuff everywhere. and if you want to come to Cape Town, you can come crash at my place!

What’s a good time to go?
Get away from your winter, it’ll be summer here soon, and its going to be epic!

Any thanks to give?
So much thanks!  Family, where would I be without you?!  Jessica, I wouldn’t know where to start thanking you!  All my friends, thanks for the missions and all the ones to come.  Jon Sherwood, I wouldn’t be where I am today if you hadn’t have helped me out.  Jim C for giving me all these opportunities.  What a blessing.  Eric Palmer for the best weekend of shooting photos!  And everyone else who has helped me, or met me or fed me or whatever, thank you.