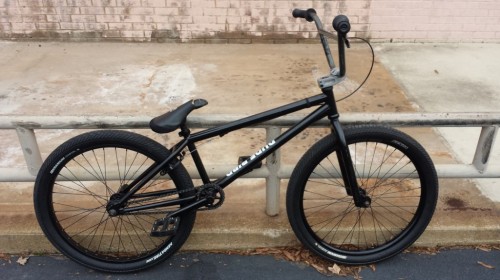 Let’s do a 24″ edition of Sunday Friends.  This is Bunky Dunn’s Black Magic Wave C build which was featured on PSBMX.  How solid does his bike look? Follow this LINK to see what else is on Bunky’s bike.  How many handrail photos do you see on a 24″?  Not many, but here is Bunky doing the famous Atlanta rail. 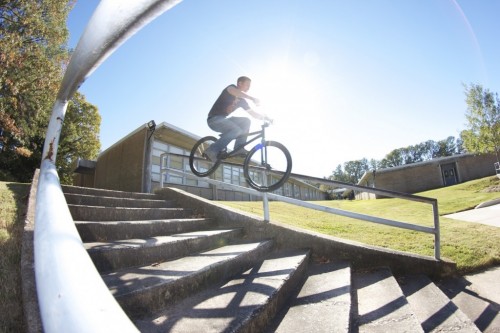 END_OF_DOCUMENT_TOKEN_TO_BE_REPLACED

Instagram.com/SundayBikes
Holidays are around the corner. Link in bio for so

Swipe ⬅️ for a closer look at @brocraiford’s

@garybyoung in Vegas a few years back 🙌. #sunda 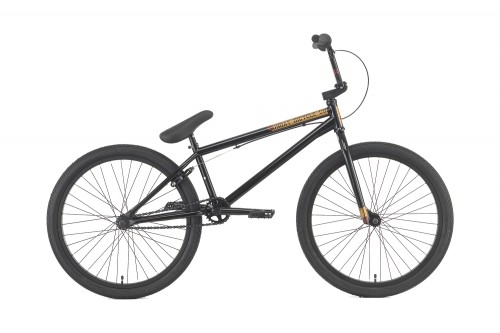 Here’s some super good news if you live in the USA and have been looking to get our 2014 Model C Complete Bike.  We just received a new shipment at Full Factory and they are ready to ship to  dealers. Have your local bike shop call Full Factory today because the raddest 24″ complete in BMX already sold out once this year, so don’t miss it.

When we started making 24″ BMX bikes, it wasn’t to have a “cruiser” model, we wanted to push the limits of what could be done on a 24″. When you learned how to grind handrails on a 20″ BMX, you would naturally take it to longer, steeper, taller or more unique rails. You basically just changed the object you did the trick on. With the 24″, you took a trick you knew and instead of changing the object you did it on, you changed the bike itself.  Two Four Flat 5 is just an extension of that idea into flatland. Instead of a bigger handrail, they are doing hitchhikers, backpackers and wheel chairs on the Wave C 24″ bikes. So very rad!

It’s not all the time you get to see some guys riding flatland on the Wave C 24″ BMX bikes. Unfortunately, this is just a teaser for Two Four Flat 5, so we will have to wait for the full length video to drop. To be announced, I guess. Watch their previous Wave C video below.

Once again we’ve made it into the top 3 posts viewed on a BMX site for 2012.  This time it was Jim C’s Model C photos, Jon Faure’s Mega Ramp jump and the Two Four Flat Crew’s flatland videos that put us at the top of Cruiser Revolution.  Check out the full post at this LINK.

The Two Four Flat crew is at it again!  This one is a bike check with Danny Sirkin and then even more flatland with Prasheel Gopal and Mark Kuhlmann.  These guys do bar flips, cliffhangers and backpacker whips on the 24″ Model C bikes.  Check out more info on our 24″ stuff after the break.

END_OF_DOCUMENT_TOKEN_TO_BE_REPLACED

When we said our 24″ cruiser bikes could ride anything, we definitely meant it.  Joe Cicman and Danny Sirkin take 24″ cruisers into a flatland direction with their video entitled Two Flat Four.  You have to be quite tall to do a deathtruck on a 24″, but this video proves it to be possible. Check out our 24″ Model C AM complete after the break.

END_OF_DOCUMENT_TOKEN_TO_BE_REPLACED

Have you ridden this thing at House Park in Austin?  You have to take off early and pull out far enough to clear the bars on either side.  It also narrows and goes over-vert.  Our 24″ bikes aren’t just for cruising, you can actually take it to tough places like this.  Model C complete bikes and Wave C frame sets available now!  Jim Cielencki on the bike and Mike Gonzalez behind the lens.

The skatestopper at the bottom only made this tranny wall carve that much more interesting.  Wave C cruiser carve through the narrow spot and hop over the stopper by Jim Cielencki.  Learn more about our 24″ bikes after the break.

END_OF_DOCUMENT_TOKEN_TO_BE_REPLACED

Jim Cielencki taking the 24″ Wave C upside down in the form of a flair at last weekend’s Fun Fun Fun Fest in Austin.  Photo by Sandy Carson and found on ESPN BMX.  Check out the 24″ Model C complete bike after the break.