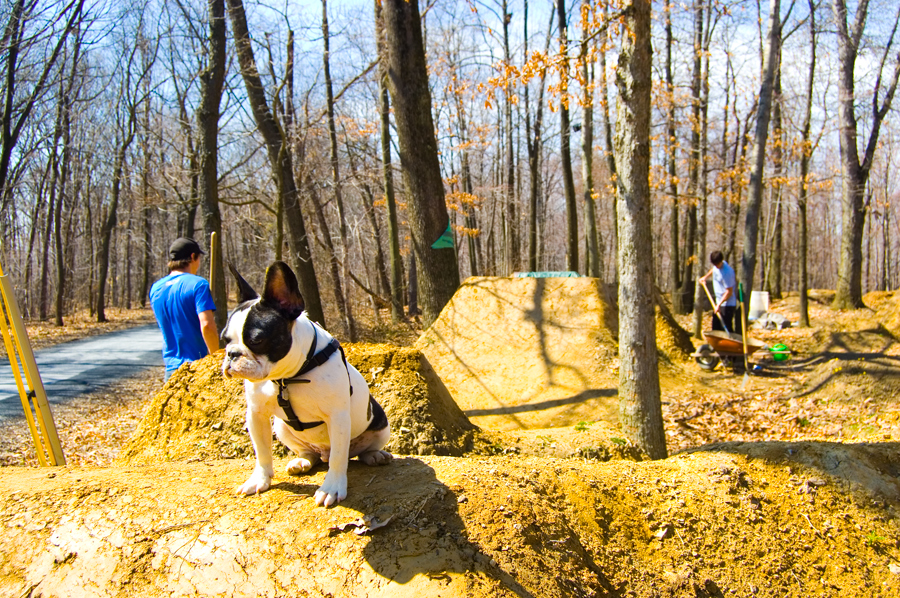 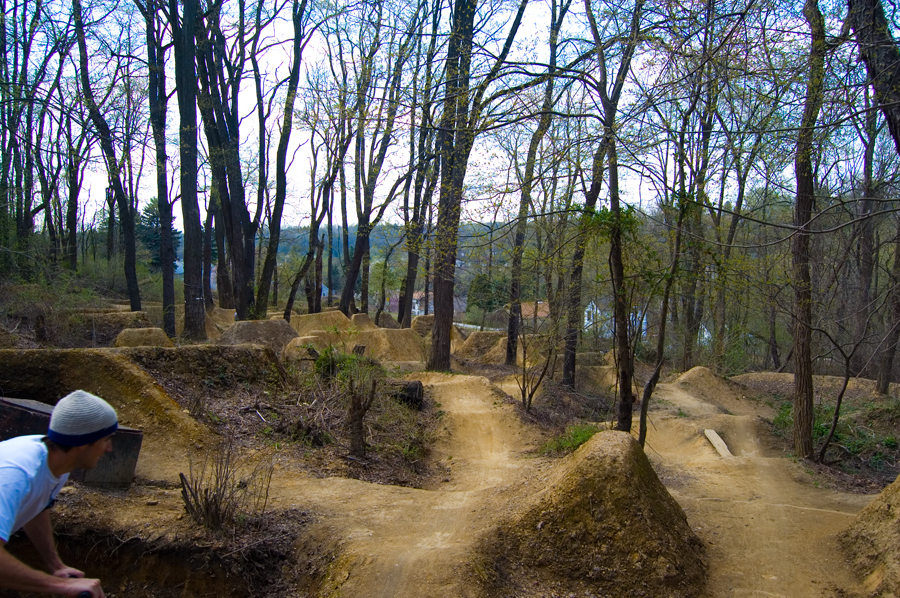 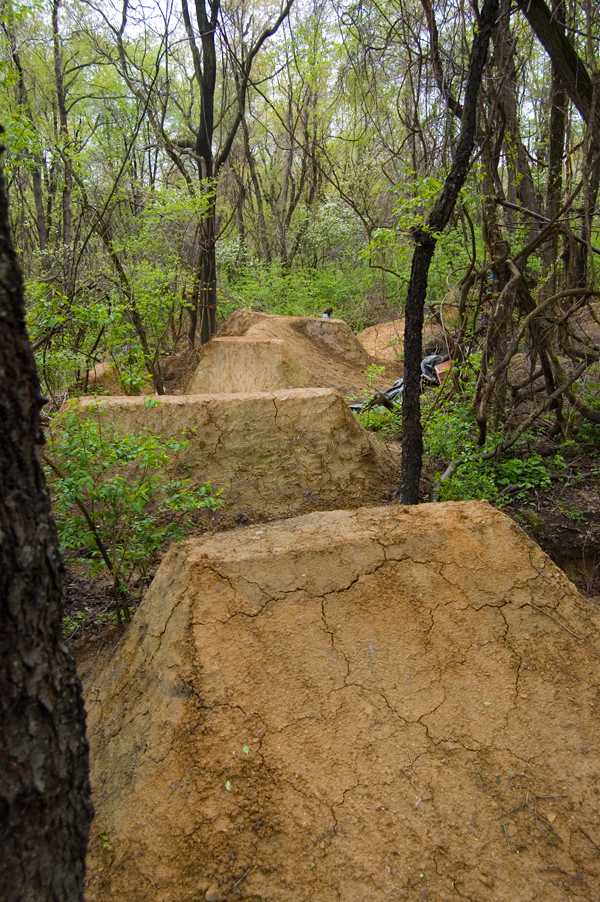 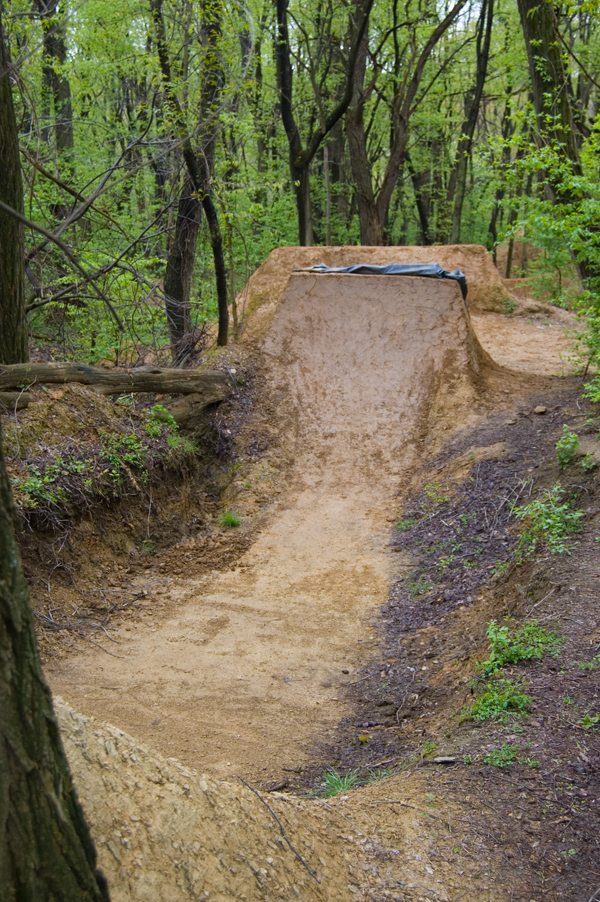 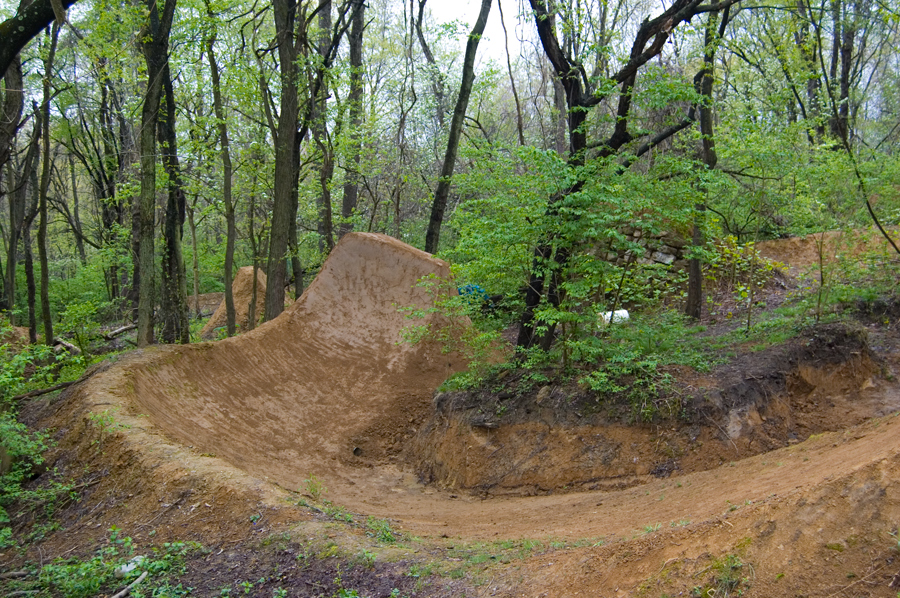 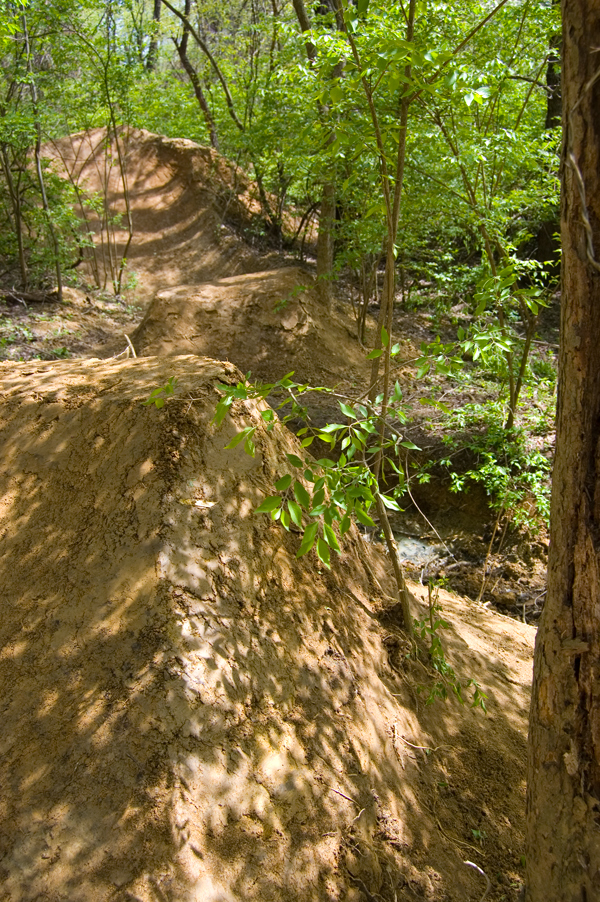 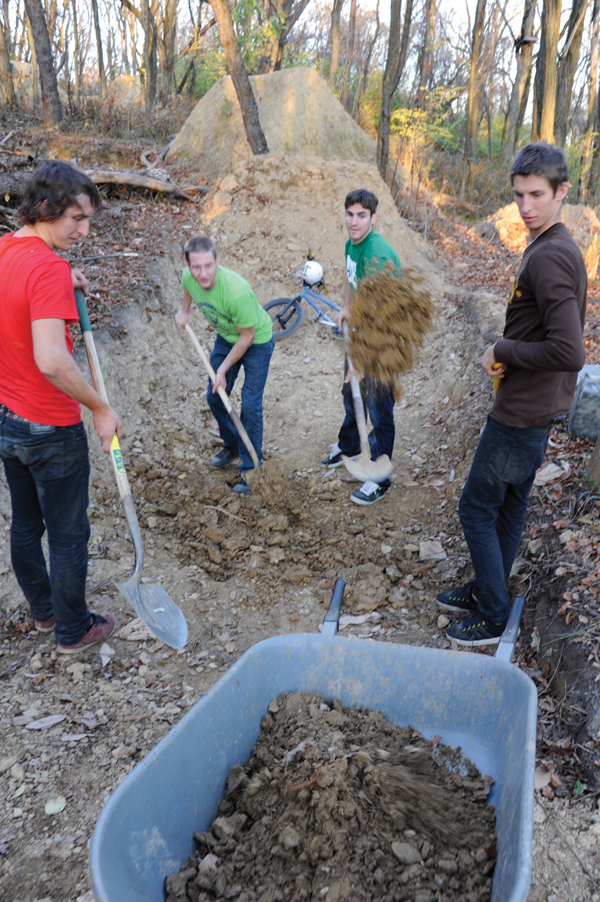 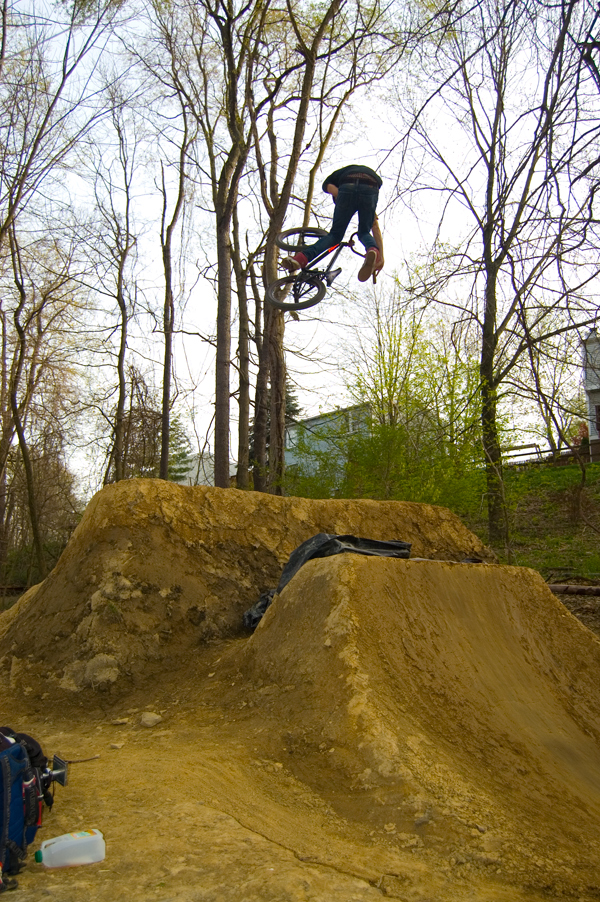 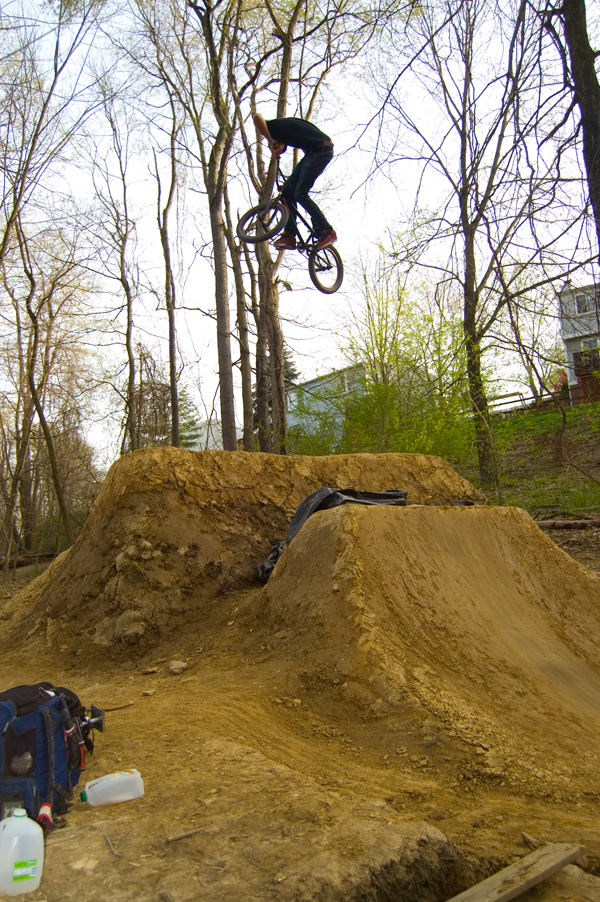 That’s right, winter is over for the most part and spring is here!  Tom Arkus sent me a whole bunch of photos and a write up about the start of trail season in Pittsburgh.  Here is what he has to say:

It’s that time of year again. Full digging mode! This year has been extra difficult due to Brian Yeagle being injured for the next few months, which in trail terms is pretty most of the season. So, everyone has to put in extra digging time to get the trails rolling. So, far we have been working as a community. Mark Potoczny, Chris and I have been sharing the work load. We spend a few days a week working on Hazelwood, then we spend a few days fixing Mark’s house up (all the jumps that are tarped, and the dog sitting on the landing). In the mix of things we get a chance to ride Monroeville (Over look of the whole set of trails with chris on the left corner), and PTT (whip and one footed table also!) which is in jeopardy of being plowed at the moment.  Lets hope that doesn’t happen.  So, all in all once summer rolls around we will have 4-5 sets of trails to ride in Pittsburgh!

This year we have been concentrating on make some longer lines. Our trails, Hazelwood have only been around for a year in a half so it’s been tuff trying to make them feel like full trails. But I feel it this is the year!  Also, some spring pictures of the progress we are making. I would really like to thank anyone that has helped us work at the trails! Even Louie, my dog puts in work at the trails.

Pictures by: Brian Yeagle, and Zimmer